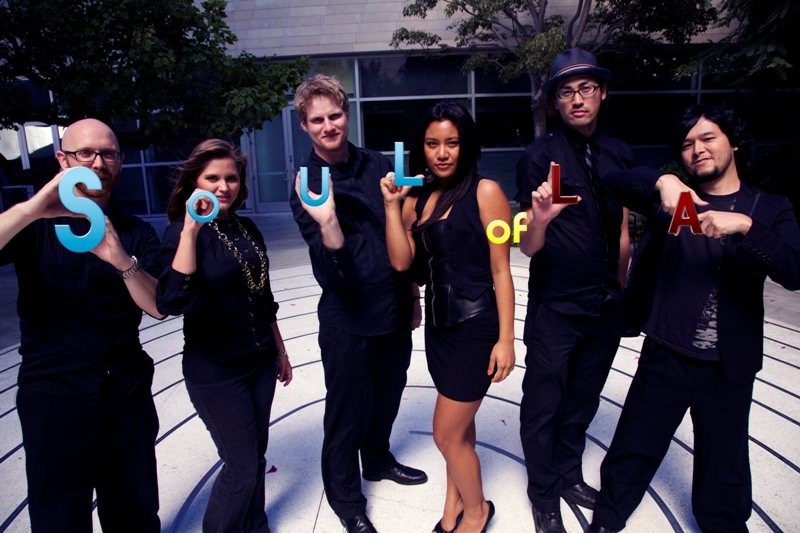 With an amazing collection of talent and experience the young and hip Soul of Los Angeles is set to be the new entertainment sensation of Southern California. This 7 piece band, whose members have toured consistently both locally and internationally, has the backbone of music degree from popular local Universities and the luscious curves of years of stage experience in the entertainment industry. Its members hail from diverse backgrounds and cultures including: Japanese, African-American, Native-American and Latin American, to name a few. The diversity in backgrounds brings out the full flavor of their repertoire and allows for a dynamic connection with any audience. The repertoire is based in vintage soul music, but also allows for a steering into Top 40 and rock sets. The performance is captivating, engaging and exciting led by two female leads who have both been on stages facing thousands and toured extensively. The musicianship is outstanding, in the pocket and without boundaries. Let the Soul of Los Angeles take you and your event to the next level of entertainment.