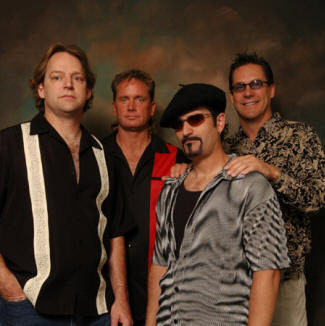 The members of SPANK are adamant about providing energetic music entertainment to audience's young and old alike. Playing popular rock, dance and top 40, covers from the 70's to present day makes SPANK a popular attraction at any club, corporate event, weddings or festival. SPANK is constantly reviewing and updating the set list to ensure an appealing and exciting agenda. Though the band performs most songs with a rock edge, it is emphasized that all material maintain a pocket groove and danceable rhythm, making the set enticing to it's attending dance-seeking audience.

SPANK is composed of 4 musicians, all with an extensive professional musical performance background. The band was established approximately 8 years ago, and has been through several iterations and configurations through the years. Though each version of the band has been popular, the current lineup is considered to be the strongest.

Danny McReynolds fronts the band with an exhilarating array of foot moves, strong vocal tones and techniques, and audience grasping serenades. Audience participants sweat just by watching his performance. Chris Dunn provides tight rhythm guitar along with melodic clean lead guitar that is always on track with the original artist tracks which frequently includes a special twist and flair all his own. The drummer is Matt Padgett who also is careful to maintain original beats and flavors of the original artist tracks. Like Chris, Matt has an abundance of experience and influences which he uses to spice up songs in appropriate spots, making for a very entertaining performance even if there are those who do not wish to dance and prefer to just listen to the band. Joe Birtola rounds out the ensemble with tasteful and always interesting groove oriented support for the rhythm section on bass guitar.

SPANK is a high energy cover band unlike others in that it has a personality all it's own. After taking in a show, you will feel that you have been thoroughly entertained, and that you had “no idea it was that late!” Time to start the party!