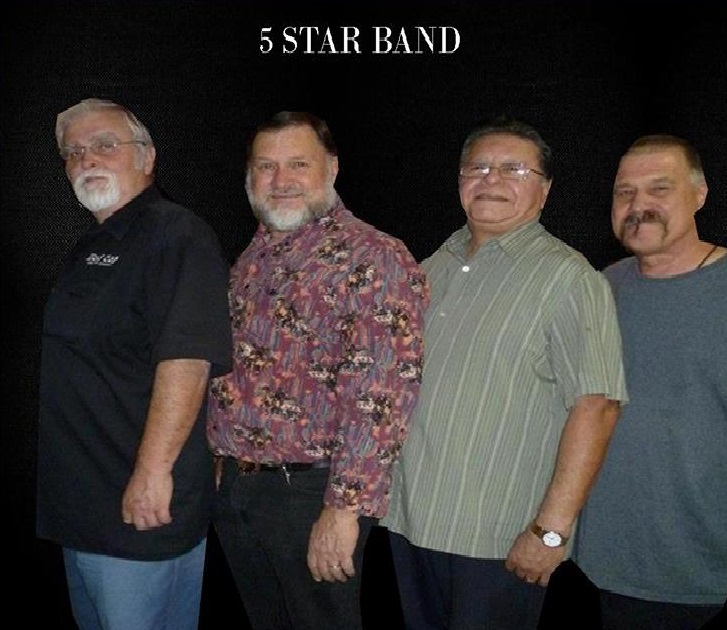 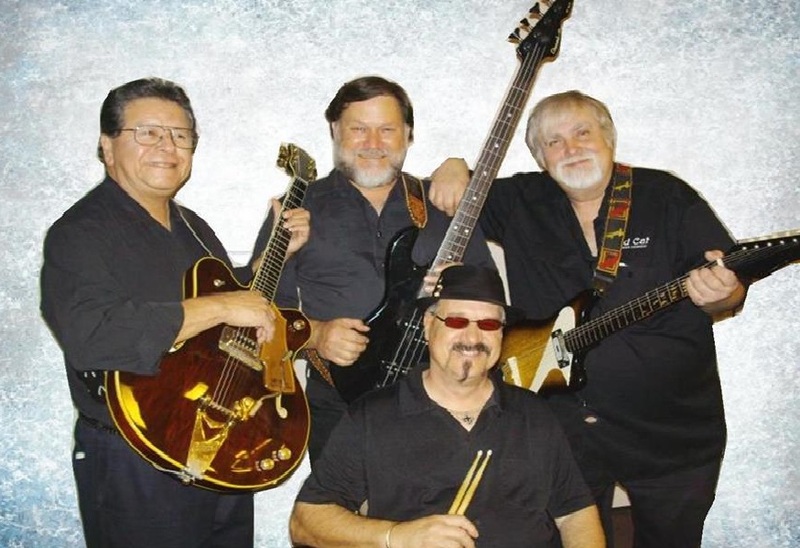 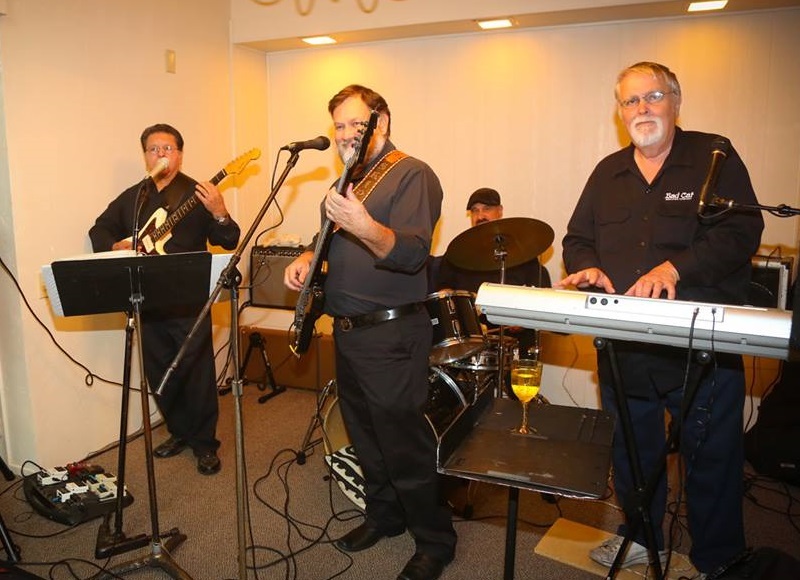 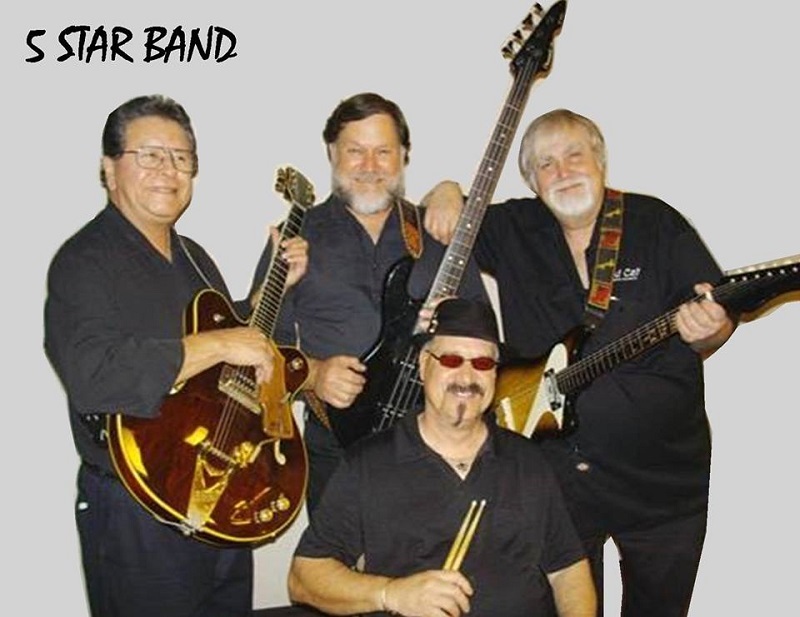 The 5 Star Band is a well seasoned group of musicians that have known each other over 15 years as friends,and all play a
variation of different types Music ranging from the 50s to the 70s. from rock n roll, oldies, blues,jazz,swing and
country. The 5 Star trio members can play different types of instruments that include: bass, rhythm,lead and steel guitar,
as well as banjo, mandolin, fiddle,keyboards, sax, trumpet, drums and a host of other instruments.
All members are professional musicians and have entertained throughout the United States and abroad.
The 5 Star trio has been performing together for about 15 years. The Band has played for private social clubs,
weddings and different types of parties, as well as corporate functions and city This group mostly plays,
Country, and loves to play for senior events.

Below is a short Biography of each Band member.

Craig Rowe – Band leader, drummer and percussionist. Craig has been playing drums for over 30 years and is passionate about his music. He has performed with such
artists as Doug Stone, Tanya Tucker, Chuck Berry, BTO, Lacy J. Dalton and others. Craig has played at the Crazy Horse, The Palomino Club, Cowboy Boogie, The HOP,
Madam Wong's, The Forum, The Silver Bullet and other well known clubs. Craig was born in Whittier, CA and moved to Fullerton when he was just a year old. His mother
said that when he was just a baby he would stand up against the side of his crib, and pound on the railings when listening to Lawrence Whelk on TV, and it was then
that his mother realized he had a passion for music. So when he turned 3, his mother bought his first drum set, from then on it was history.

Skip Harrison – Bass player and lead vocalist. Skip has been playing music for over 40 years and has a great love for all types of music. His vocal ability ranges
from alto to baritone and loves performing with the 5 Star Band. He's a good front man and relates well with the audience. Skip has done studio work for many other
musicians. He played in Las Vegas, Reno and Tahoe, and
also played in clubs such as The Crazy Horse, The Palomino Club, Cowboy Boogie, The Silver Bullet as well as others. Skip has also played for military bases for
about 5 to 6 years, up and down the coast. He played for 2 months in Japan for a Naval Base and also loves singing in Christian churches.

Tracy Sands – Keyboards, bass and lead guitar and vocals. Tracy was born in Santa Monica, CA. and has been playing music for over 40 years. Tracy is the oldest of
4 Children. He comes from a musical family background, and learned to play the piano at a young age. His father was a pianist during the Big Band Era. Tracy was a
Top 40 junkie and liked all kinds of music. His first guitar was a beat up old Arch-top which he played through a knight amplifier. He's invested a lot of studio time
and has played with The Lively Ones. Tracy loves to write music and has occasionally had brainstorming sessions with Jim Masoner. Tracy currently is an electronic
engineer at Bad Cat amplifiers in Corona CA., and also owns his own company called Vintage Technology.
He's opened for Jewel Akens, Brian Hyland, The Buckinghams, The Rip-chords, The Rascals and The Fireballs. Tracy has a profound ability to captivate his audience
with his unique humor while performing.