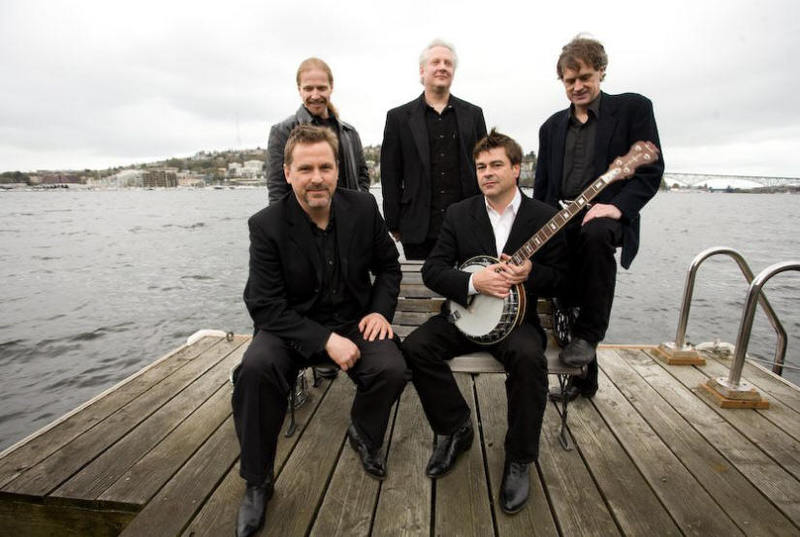 The Bouchards formed when ex Rank and File drummer Bob Kahr moved to Seattle from Las Vegas and met up with Dennis Tevlin and Bill Preib. Tevlin and Preib had started performing around the Seattle area in early 2005 and were content playing their bohemian cowpop songs at house concerts and other such gatherings when they met Kahr through a Craigslist ad for a drummer. When Kahr showed up at rehearsal and asked them if they knew the old Burnett Brothers song "Bertha Lou" and then started singing it, the boys knew they'd met a kindred spirit. Newly christened "Bobby Joe Bouchard", Kahr and his many drum kits soon joined the family. Not too long thereafter, the band's lineup expanded to include Geoff Duncan on bass, Frank Holman on keys, and Dave Harmonsen on pedal and lap steel guitar. The Bouchards then set about putting together a large repertoire of honky-tonk, rockabilly, and country classics and began performing regularly at clubs, parties and corporate events. In the summer of 2007, the band holed up to write and begin recording the songs featured on their debut CD "High Water Line".

“Patrons of Jules Maes Saloon were doing something unheard of at a Seattle music event – dancing! On stage, the Bouchards rocked out while the crowd paired off to twirl, sway and bop around the floor”. (Seattle Sound Magazine, March 2008)