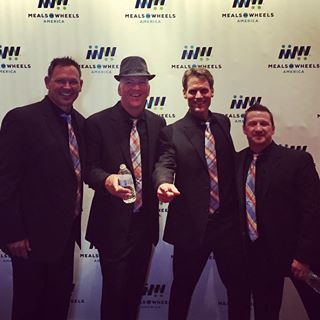 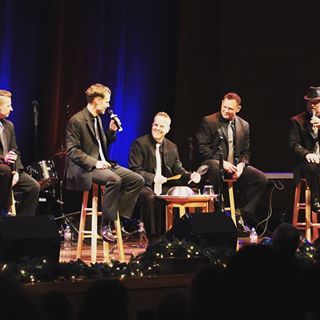 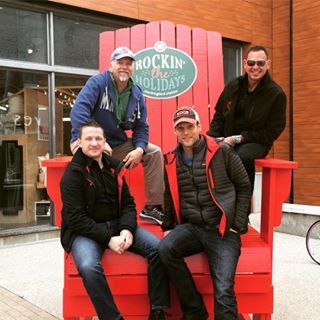 Based in Puyallup WA
a cappella, vocals


Please Welcome from Seattle, THE COATS!!

The Coats vocal band started their career on the street corners of Seattle Washington's famous Pike Place Market. Singing for tourists, locals, fish vendors, and fellow buskers, their humble ambitions of earning a few clams to fight off the tuition bills quickly evolved into a full-time international performance career. They've since won national vocal competitions and have been fortunate enough to share the stage with such talented fellow entertainers as Hall & Oates, The Beach Boys, Jay Leno, Olivia Newton-John and Toby Keith, just to name a few, all while continuing their tradition of outreach performances and workshops supporting music in schools throughout the country.

One of the most in-demand corporate, performing arts, and college acts in the U.S. today, The Coats continue to tour and produce music at a breakneck pace. Their success has led The Coats to appear on several local and national television programs including NBC's hit comedy, Frasier. Actor Kelsey Grammar, (Frasier himself!) said in a later interview that his favorite thing about Seattle is “The Coats!”

The Coats have also performed for the President of the United States, George W. Bush, in Washington DC at the “Susan G. Komen Race for the Cure against Breast Cancer" event. Their performance in the East Room had the whole White House singing along to The Coats electrifying harmonies!

The Coats have performed all over the world and have received thousands of standing ovations. Whether opening for other national artists, headlining their own stage, performing at fairs and festivals, or entertaining at a corporate party, people of every age get hooked on The Coats high-energy stage show, hilarious improvisational comedy and phenomenal vocal range. One fan commented, “I just can't believe what they can do with their voices.”

Others they have performed for and with have said:

“Let us know if you need a back up band” -The Beach Boys (Western Washington Fair, Puyallup, WA)

If you haven't experienced them yet, check out The Coats! If you have, you already know that a group like this just doesn't come around very often and they are always a must see!

The Coats sing girl band songs - this is terrific! [360p]