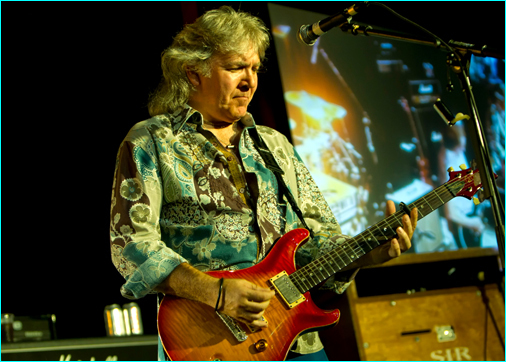 From 2003 - 2011, Godfrey and his band toured the globe several times as
The Alan Parsons Live Project.

Godfrey Townsend has appeared frequently at BB King's Blues Club
in New York City's Times Square, both with major artists and with his own band.
He has appeared there and performed to sold-out crowds with his annual birthday tribute to Eric Clapton for the past 12 years.

Godfrey Townsend and his band are available
in several different formats to fit your venue and budget.
Full 4 piece band, trio, duo or solo (acoustic or electric).

As a result of having performed with over 40 of
rock and pop music's major artists, they have a wide repertoire
of Classic Rock music as well as 1960's Pop music.
From The Beatles, The Who, Led Zeppelin, Eric Clapton and more.
To The Monkees, The Turtles, The Rascals, The Grassroots,
Paul Revere & The Raiders and more.

They can rock as hard and heavy as the crowd wants or
lighten up the atmosphere with 60's dance-able pop & ballads.

Depending on your budget, (and artist's availability)
they can perform with one or more name artists at your special event.