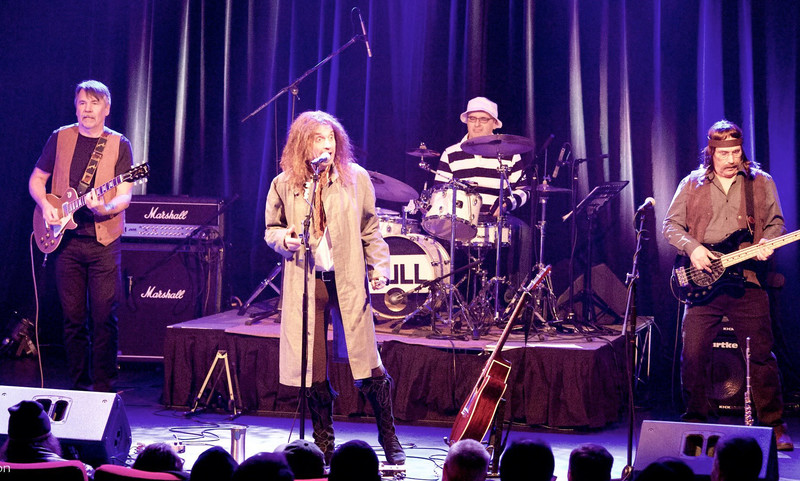 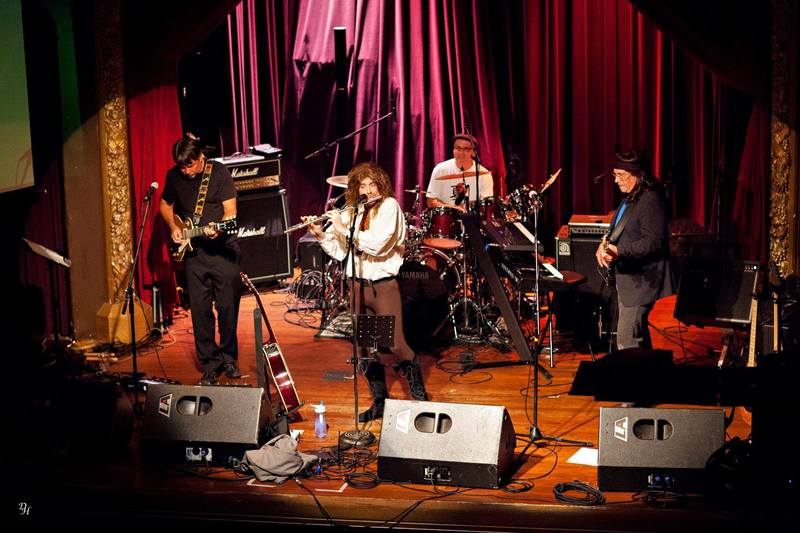 
The Jethro Tull Experience is an entirely unique tribute band, and a true homage to the most successful and influential progressive rock band ever created. Not content to just recreate the Jethro Tull sound, JTE front man Paul Forrest becomes Ian Anderson, playing guitar and flute to create an immersive musical and visual experience like none other. With Paul in full costume, you’ll think you are watching the original band!
Multi-instrumentalist Paul Forrest was born and raised in London where he achieved international acclaim with the Dayglo Pirates, his first Jethro Tull tribute band. They performed extensively in the UK and Europe, and eventually gained the attention of Ian Anderson himself. Ian was so impressed, he invited Paul to appear on stage with Jethro Tull at their Bournemouth Pavilion show on April 16th, 2008. Few performers have received such recognition for their efforts and it placed Paul at the top of his class amongst tribute artists.
After arriving in the US in May, 2015, Paul met guitarist Jim Bailey, a longtime fan of Jethro Tull and especially Jethro Tull guitarist Martin Barre. Impressed by Paul’s singular abilities, Bailey built a backing band with bassist Greg Youtsey and drummer Chris Tussing and the Jethro Tull Experience was born.
At last audiences can enjoy Jethro Tull classics like ‘Aqualung’, ‘Locomotive Breath’, ‘Living in the Past’, ‘Cross-Eyed Mary’ and ‘Bungle in the Jungle’, performed live the way they were meant to be. The Jethro Tull Experience is a thrilling, one of a kind show you’ll remember forever.