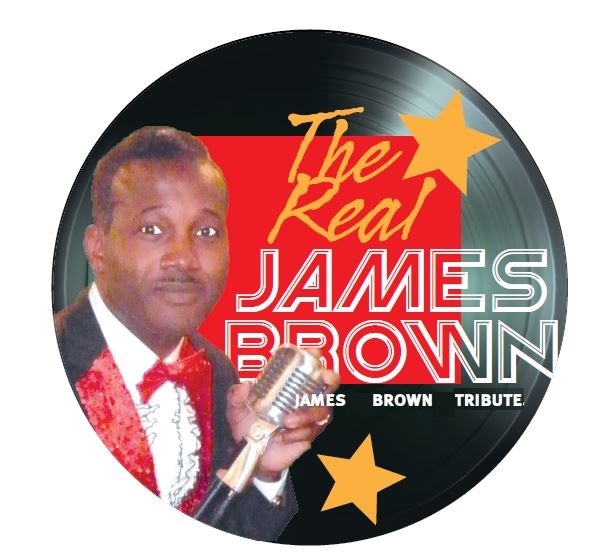 Just close your eyes while our authentic tribute to the Hardest Working Man in Show Business takes you back to the legendary Apollo Theater circa 1962, the iconic TAMI Show performance of 1964, Boston Garden in 1968, and many more...

And his stunning re-creations have been pleasing thousands of satisfied talent buyers and fans for over ten years as front man for The "Original" Moonlighters, one of the country's best-loved Motown and variety dance bands.

Hailing from Mobile, Alabama, only a stone's throw from James Brown's hometown of Augusta, Georgia, Austin stands at 5'6" just like the man himself. And he's even the same age as the young James Brown back in the early days...

So it's no surprise that Austin brings the same kind of non-stop energy to each and every performance. James Brown built his reputation behind this type of heart-pounding, jaw-dropping entertainment: singing, dancing, and creating a brand new sound!

Austin pays homage to all the James Brown funk and soul classics, while also making them his own. Singer, dancer, and showman extraordinaire, this is a tribute like no other. Simply stated, there's nobody else in the world who captures the true spirit of the Godfather of Funk and Soul quite like he can.

Our video promo features just a small sampling of Austin's repertoire. But clearly, he captures the look and feel way better than all the rest. In fact, he's the ONLY James Brown tribute artist today who's constantly moving and dancing, so there's really no comparison.

With The "Original" Moonlighters backing him up, and providing an optional Motown Revue opening act, they feature one of the tightest horn sections around and some of the finest male and female singers anywhere!!!

But of course, there's meticulous attention to detail always. Costumes, equipment, lighting and production are absolutely authentic. And with over fifty James Brown classics in the band's repertoire, they cover it all.

Austin and his musicians are fully-equipped to travel cross-country and worldwide, currently accepting booking through 2018. So if you're looking for the truest tribute of all, it's The REAL James Brown...