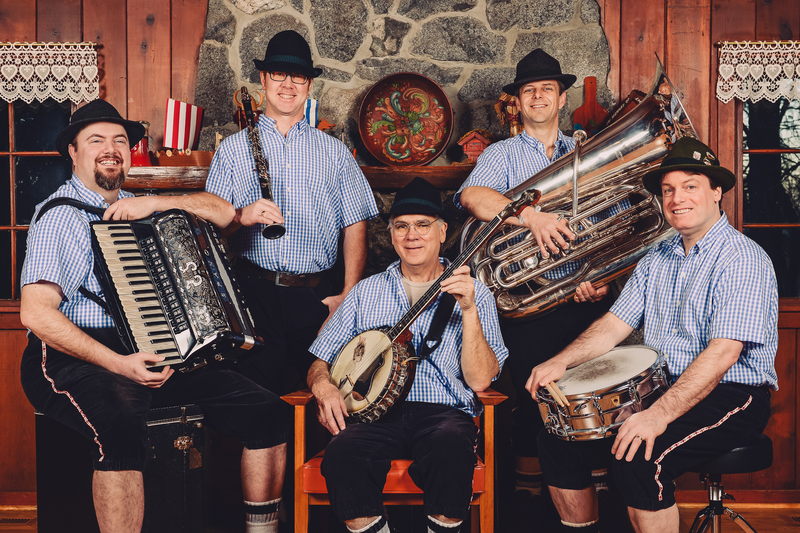 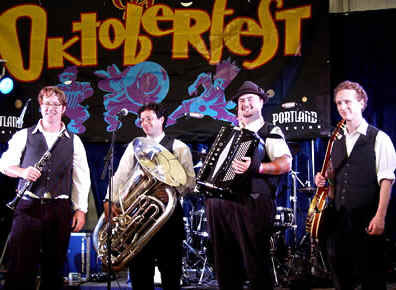 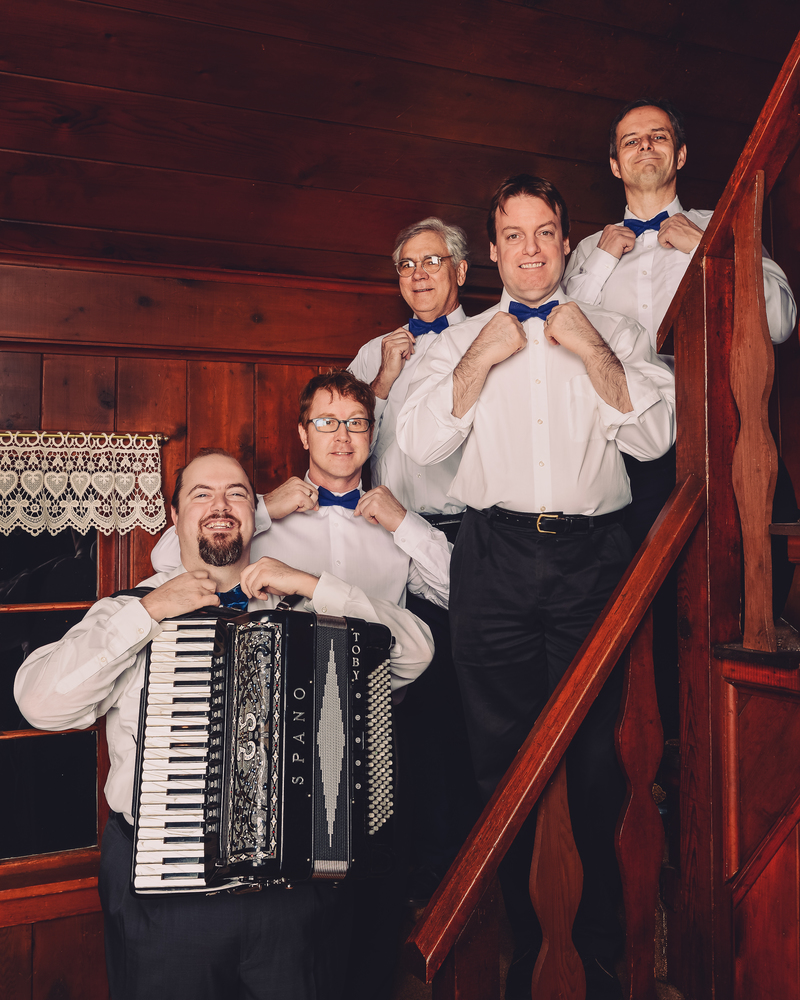 
The Smilin' Scandinavians, widely regarded as Seattle's #1 polka band, have been around since May 17, 1995, when bandleader Toby Hanson got a group of his friends at Cornish College of the Arts to form a polka band. Since that time they've built a reputation as one of the Northwest's most fun and entertaining polka bands. They have completed two tours which took them back to the Midwest, released four albums on the Lutefisk Records Label and traveled widely around the Pacific Northwest spreading their own irreverent brand of polka fun.

The band is well known for their mix of Midwestern polka, Scandinavian folk, traditional country western, Dixieland and big band swing. Besides being a highly-regarded dance band, the Smilin' Scandinavians are also a top-notch show band, mixing in humor and unpredictable antics to keep even the grumpiest crowd smiling. Whether playing at one of the nation's top polka festivals or taking the stage at a county fair, the Smilin' Scandinavians are always happy to entertain with some good, toe-tappin' music.

The Smilin' Scandinavians are equally at home at a variety of different kinds of performances.  They can bring an authentic Bavarian experience to any Oktoberfest celebration, complete with German songs and costumes.  They can also give an authentic Scandinavian performance that will have anyone pining away for the fjords in no time.  They have performed at many other kinds of events, including festivals, county fairs, pancake breakfasts, graduation parties, anniversary celebrations, weddings, beer tastings, picnics, church events, and many more.  They can bring a touch of class and an air of celebration to almost any event.

The name "Smilin' Scandinavians" was inspired by both The Happy Norwegian Myron Floren (of Lawrence Welk Show fame) and pioneer polka performers The Six Fat Dutchmen. Many people find the notion of smiling Scandinavians odd since Scandinavians have a well-deserved reputation of dour stoicism. The band does all it can to show just how much fun Scandinavians are capable of.

Would You like to attend a performance with The Smilin' Scandinavians? Check with your coordinator for details to find out which ones you'll be able to go to in person!