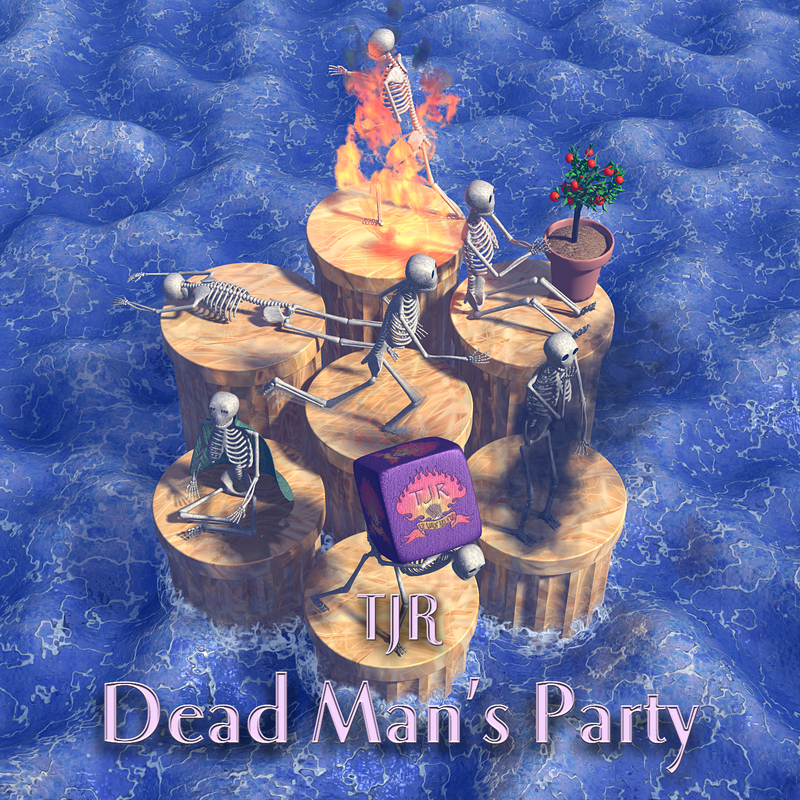 At his live shows, TJR has become as well know for his radical re-workings of popular cover songs, as he has for his own irresistibly catchy original songs. The Vegas Weekly said "TJR Cooks like a Texas barbecue in the middle of July"! Live magazine called TJR. "The new Reverend ofRock'n'Roll"!

TJR mixes his passion for roots and rock music to create his own blend of music that some have labeled as: Neo Classic Rock / Alternative Blues / and Rock Americana, and in concourance he received the nomination for Best Roots artists in the OC Music Awards.

His 3 CDs have received international airplay and strong reviews for both his songwriting and his virtuoso guitar playing. His latest CD "Another Roll Of The Dice" made the opening ballot for Album of the Year, Song of the Year, and Best Rock Album for the 2009 Grammys.

Receiving notices for satirical songs like "Peace Love And Don't Trust MTV" and his mournful remake of the Outkast song "Hey Ya", TJR has found his own musical niche that has crossed over to fans Americana, Blues, Country, and Classic Rock.

As a performer TJR has show that he can easily able jump back and forth between doing shows with a big shows with a full band to intimate acoustic performances. In either format, TJR mixes passion for roots music with a modern instinct and a Rockin' attitude.

From school age kids to Baby Boomers TJR bridges the generation gap with ease, by appealling to fans of all styles of music with creative remakes and dynamic original songs.

TJR: Bringing Rock'n'Roll back to the people

Accolades and other acheivments
OC Music Awards: Best Roots Artist Nominee
Sponsorship with Taylor Guitars
ASCAP + Award Winner
Songs placed in two indie featuresLive Performance on the Daybreak OC TV showLive performance on the Gary Garver ShowOpened or worked with: Neil Young, The Fabulous Thunderbirds, Walter Trout, Michael Ubaldini, Dan Hicks and the Hotlicks, Big Sandy and his Fly Rite Boys, Wild Child, The Nelson BrothersOn the opening Grammy Ballot for Best Album, Best Rock Album and Song of the year for the 2009 Grammy Awards.Completed first European tour in Fall of 2007.TJR was chosen as one of the artists to perform at the Southern CA. leg of Tourbaby: The first all indie artist music tour. Released an additional digital album of all piano instrumentals. TJR has worked in association with Project Rytmo helping at risk and adjudicated youth find careers through music and music technology. He has recently been recognizedInstrumentationFull Band Setsor Rockin' Acoustic Sets

Other recordings TJR has appeared on:
Neil Young: Living With War
Project Tru: A 12 Piece Band
Project Tru: In Case They Still Believe
In My Life: A Piano Tribute to the Beatles
Regal Comics: Aliya
Live Bands in the House Vol 1