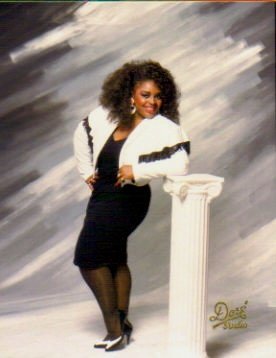 Based in Richmond California
rhythm and blues, r&b, variety dance band, all styles of music


Tonette Jeanine (a.k.a. T. J.), has been singing and performing since the 3rd grade. Growing up in Richmond, CA, she honed her singing and performing skills at church, and then as a principal singer at Richmond High School in the A Capella choir. Considered a “vocal prodigy,” at the tender age of 13, she began taking singing lessons with Tommie Sue Anderson of the San Francisco Metropolitan Opera Company. Although Tonette grew up singing gospel, she also listened to and embraced various genres of music, especially R&B and Jazz. Her early musical influences were Nancy Wilson, Shirley Bassey and Sarah Vaughn for their “clarity” and “phrasing.”

While attending Richmond High School, she started her first R&B band called "Breezin." She also represented Richmond High School in district functions and yearly commencement ceremonies. Upon graduation from Richmond High, T.J. received the Bank of America Award in Music - Outstanding Vocalist. She then went on to attend the University of the Pacific, Conservatory of Music, in Stockton, CA, where she studied opera, and graduated with a Degree in Vocal Performance.

In 2004, while the Director of her church choir (Resurrection A.M.E. in Richmond, CA), Tonette, along with a couple of close personal friends, started another group known as The Quadraphonics. From their debut performance at The Baltic in Pt. Richmond, CA, they were a hit!!! During the band's first and second years, they were asked and headlined the Pt. Richmond Music Series in Pt. Richmond, CA. For the next two years, The Quadraphonics were a mainstay in the Napa Valley area playing at Downtown Joes (Napa), Ana's Cantina (St. Helena) and The Hydro Bar & Grill (Calistoga). T. J. also gives back to the community by volunteering her talents to Bread & Roses which provides musical entertainment to the incarcerated and homeless.

In 2007, T.J. decided to “step out on her own” as a solo artist and is currently supported by a 4-piece band called The Quadraphonics. Although T.J. performs mostly R&B, she also has some outstanding arrangements of well known jazz standards and show tunes.

Considered a “true entertainer,” T.J. has a three octave range, and a voice that is mesmerizing, rich and powerful! One minute she is belting out a tune reminiscent of Chaka Khan, and the next, singing a ballad in the sultry husky tones of Sarah Vaughn. Her voice is a “true” instrument and she takes you on a musical journey, painting a picture with her voice through the interpretation of the lyrics.

As a musical performer, it is Tonette's personal goal to bring “live music” back to the Bay Area.