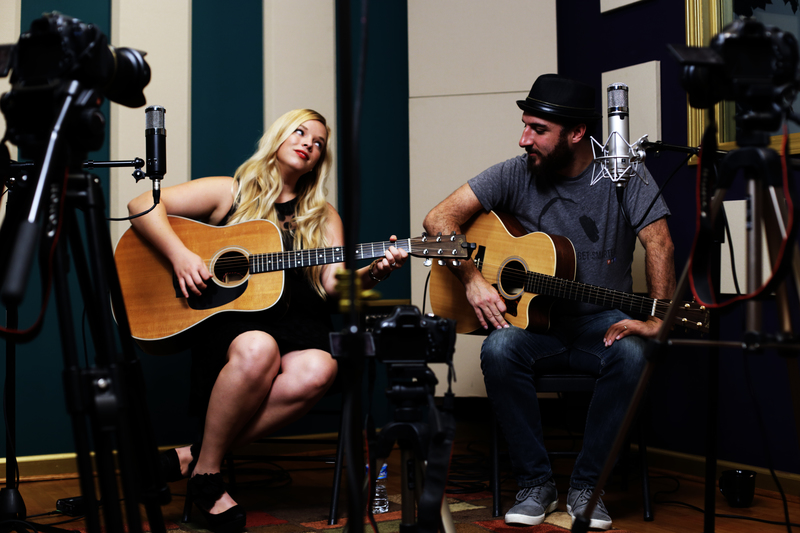 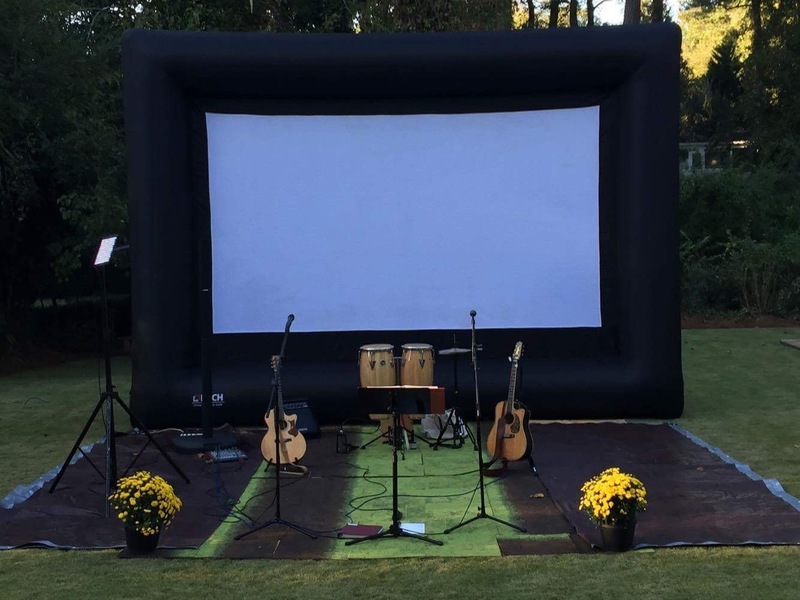 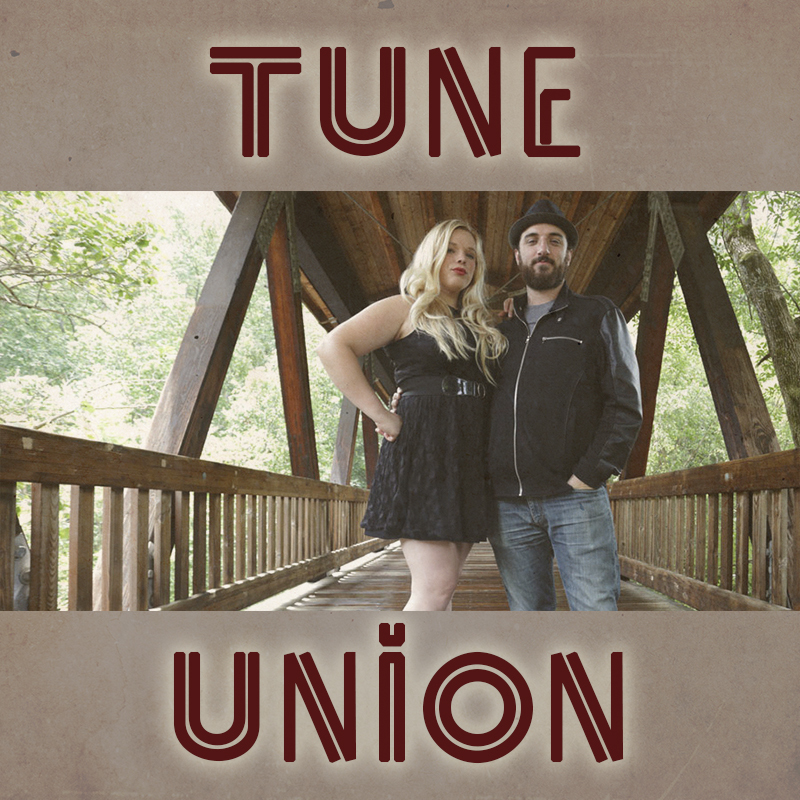 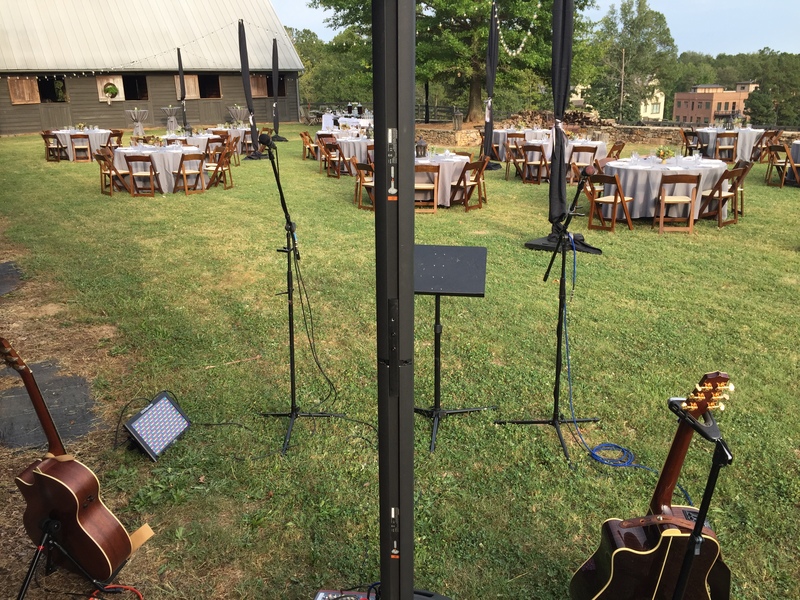 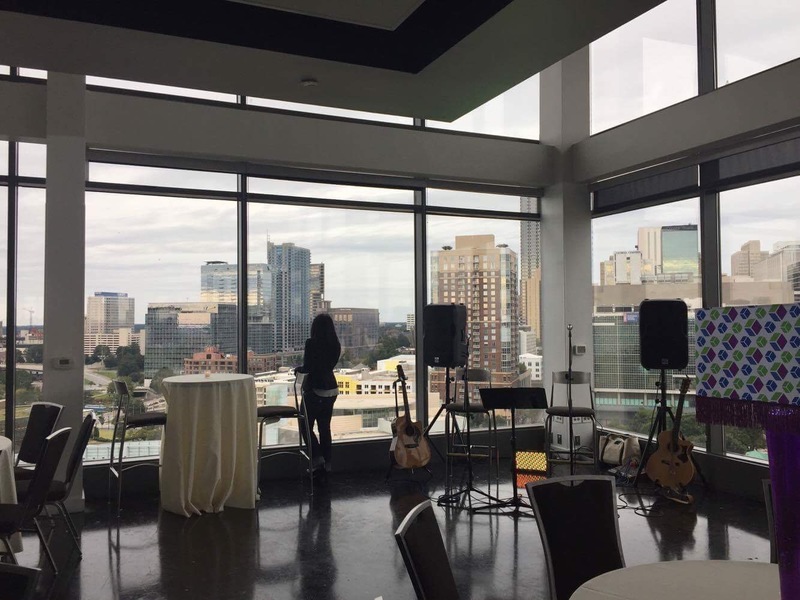 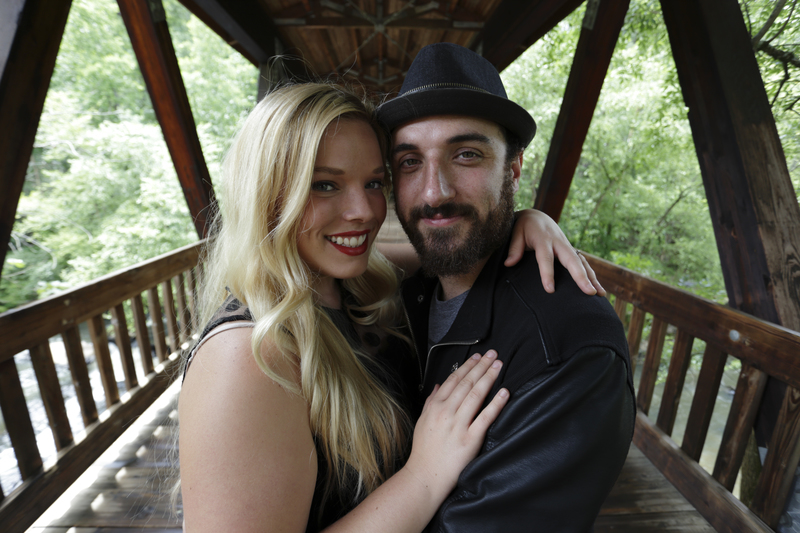 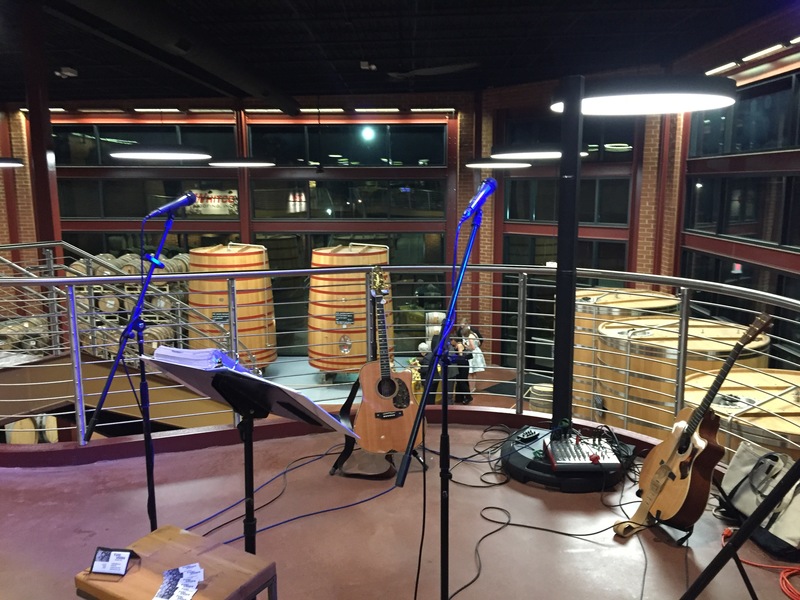 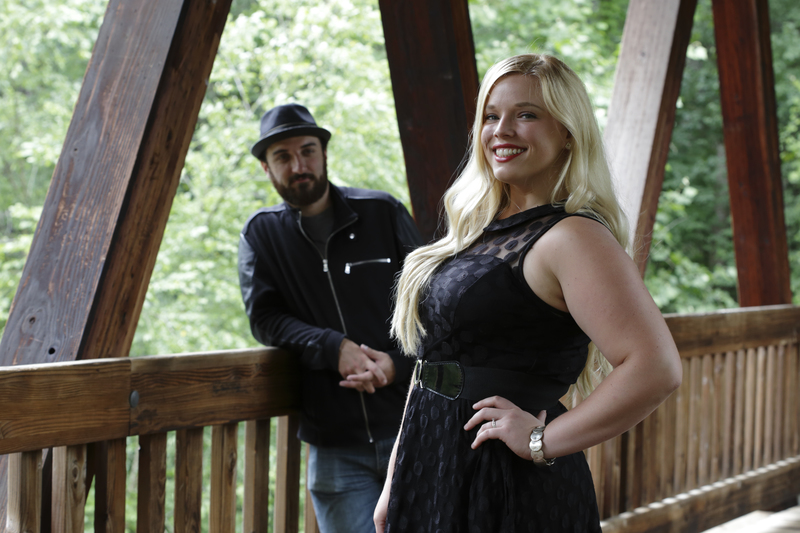 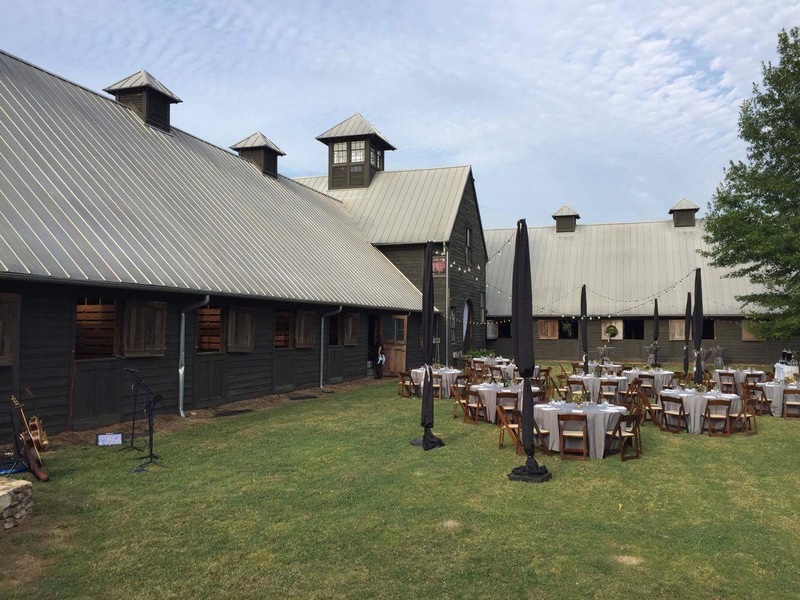 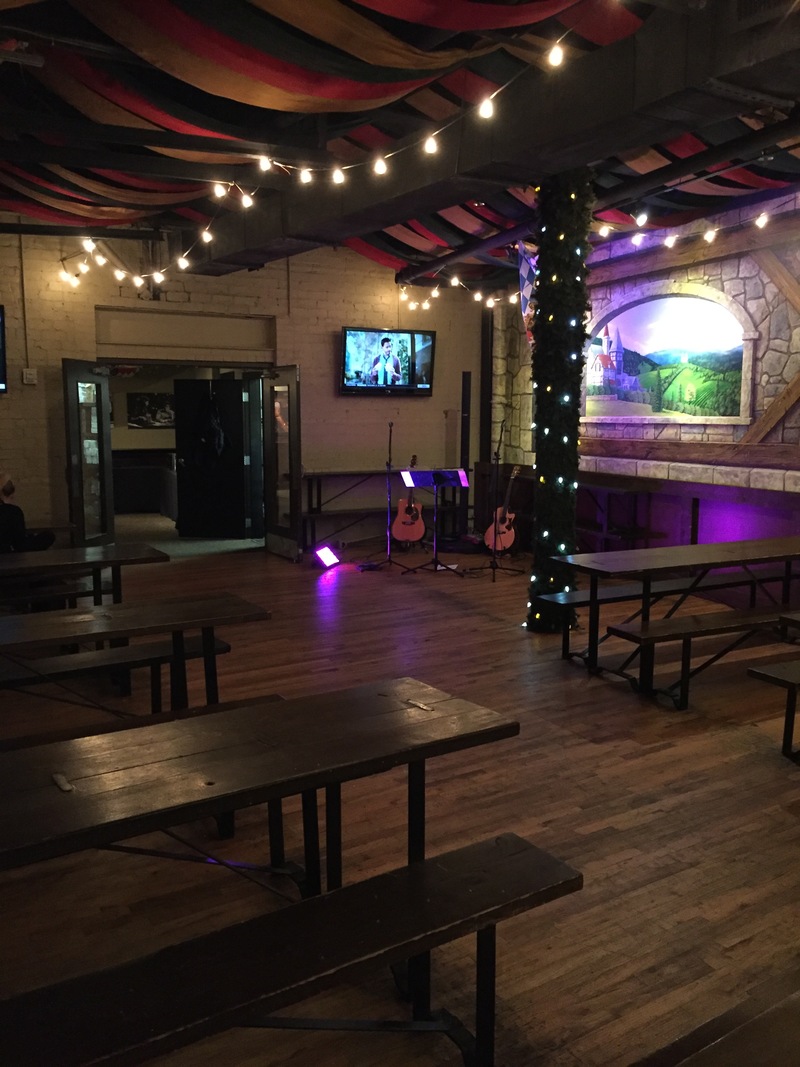 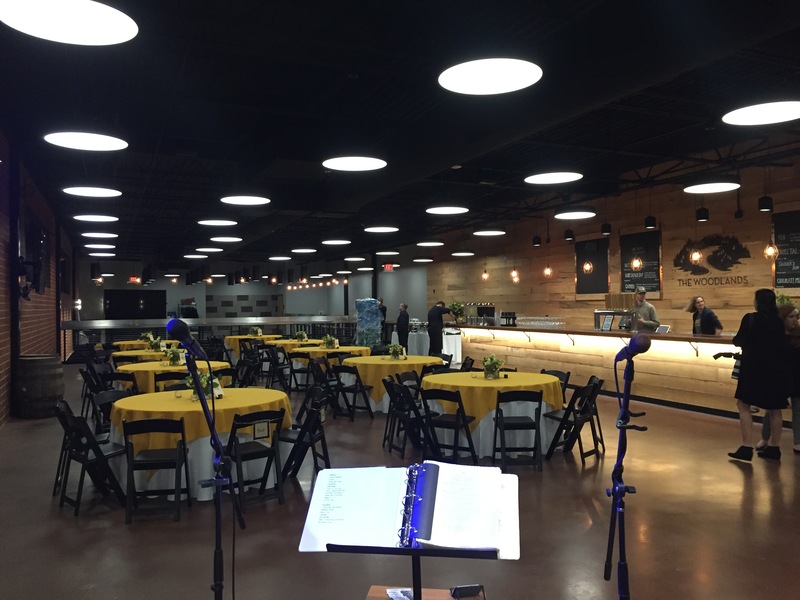 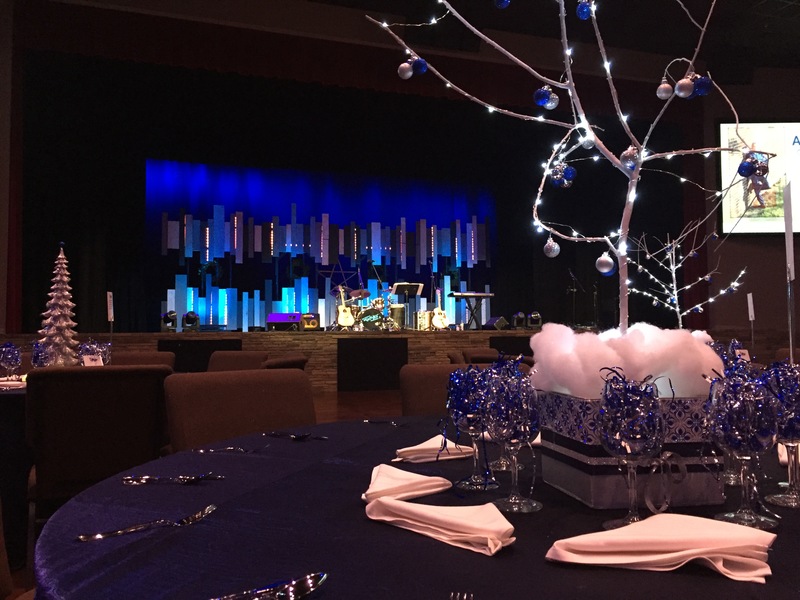 
Tune Union is not your typical acoustic duo. The two play all your favorite songs from a wide range of genres seamlessly arranged in a powerful, harmonic way. Covering artists such as Simon & Garfunkel, Adele, Chris Stapleton, Sam Cooke, Miranda Lambert, Bruno Mars, ABBA and many more, they add a sophisticated and tasteful sound-bed to enhance the ambiance of your party. With only two acoustic guitars and two powerful vocals, Tune Union is the perfect 2-man-band for your corporate event, trade show, store opening or dinner!

Past clients include Intel, Pfizer, VW, Berkshire Hathaway, American Diabetes Association and many others, as well as countless private events, receptions, parties and store openings.

Tune Union was FANTASTIC at our wedding rehearsal dinner! Kate and Corey played all types of music, coordinated our speeches, and really read the crowd well to know what type of music to play, and when to play it. I can't say enough good things about this group!

Tune Union was the perfect band for our work party event! Corey and Kate were professional, kind, helpful and above all - incredibly talented! I was complimented all night on how amazing the music was. They played all different genres of music and can appeal to a big crowd perfectly. Beyond being uber talented artists – they are the sweetest people to work with. With all the craziness of planning a party, they made it carefree with great communication prior to the event as well as quick and easy setup and takedown with little direction needed the day of the party. I cannot recommend them highly enough! I hope to have another event soon where I can book them again!

These guys are great musicians and very pleasant and easy to work with. I highly recommend them and would hire them again!

Tune Union headlined our festival of 5000+ people and stole the show! Multiple participants gave us great feedback on them. They had such a unique voice and the duo chemistry was FIRE! Thank you for putting on such an amazing show in front of thousands of people!

This power couple were everything and more than what he expected. They preformed so beautifully and made our event that much more memorable. Love working with them. Can't wait to have them over again for our next event.

All of our guests wanted to know who they were and how we found them. We will definitely use them again. Lovely people and superb performance.

Kate & Corey have provided the entertainment at our company Christmas party for three (3) years - and we will definitely hire them again, for the fourth time, for our 2017 party. Kate & Corey are an amazing acoustic band! They perform songs from a wide variety of years and genres, which makes it even better for companies like us who have employees ranging in age from 18 – 70 years old. Everyone thoroughly enjoyed the music! Not only is their music great, they are genuinely nice people, as well. I highly recommend this band to anyone looking for wonderful entertainment at an event!

Kate and Corey performed at the grand opening party for The Woodhouse Day Spa in Dunwoody. They were SO great! They were so pleasant to correspond with, arrived promptly, and were very professional. We had a lot going on that night in terms of planning and setting things up...we had nothing to worry about with Kate and Corey! They arrived early, set up and provided fabulous entertainment for our guests. Their vocals and instrumentals were fabulous...very talented duo! Great entertainment from true talented professionals! Thank you Kate and Corey!

I feel like I won the lottery for stumbling across Kate and Corey's page and booking them. I was initially looking for a bluegrass band for my wedding in Georgia but was having a hard time finding bands that could play all types of cover songs in addition to bluegrass. I randomly stumbled across Kate and Corey's page and, although they were not listed as bluegrass, I knew I liked their voices and I was willing to just book a regular cover band for the wedding. After initial interactions with Kate and telling Kate what I was looking for, she immediately offered to learn some bluegrass songs. Her and Corey were even willing to learn my favorite songs for my father daughter dance. I don't know how much more accommodating a band could be. This duo is very experienced in performing at events and gave me advice and input that helped the flow and mood of my wedding. They were very engaged in the planning aspect and gave me a lot of reassurance that music was not something I should worry about--and they indeed delivered! Being the bride, I was running around and only got to hear half of their performance. However, the flood of compliments that came through after the wedding was over was amazing! I have people scouring the internet trying to find Kate and Corey's version of the cover songs and asking me for their contact information. I'm from CA so I never got to meet them in person before the event. I came in just hoping that my band would be good enough, and came out feeling like I luckily discovered one of the best performers before anyone else did! To summarize: Kate and Corey will work with you, will be the reliable and attentive vendor you NEED for any important event, will learn songs that have meaning to you, and will deliver a performance that will leave your guest in awe. It was a magical day and the hi-light, from what my guests say, was Kate and Corey. I can't thank them enough and I hope if you are able to read this review you'll be assured that you can definitely take a chance on this band.

Things they played:
Bluegrass music for pre-lude to my ceremony
Bluegrass music for exit of ceremony
Cover songs and some originals for cocktail hour (think-classic feel good songs you and your parents both love)
Taylor Swift Cover Song for my father daughter dance (Kate's voice was sooo magical)
Lennard Skynnard Cover Song for mother son dance (Corey has a warm soothing tone)
End of night upbeat cover songs to bring the night to a great end.

Kat and Corey have been performing at our corporate holiday parties for a number of years. They not only took requests, but even allowed one of our employees to take part in a few numbers. It made the event so special and all attendees truly enjoyed their flexibility, musical experise and personalities.