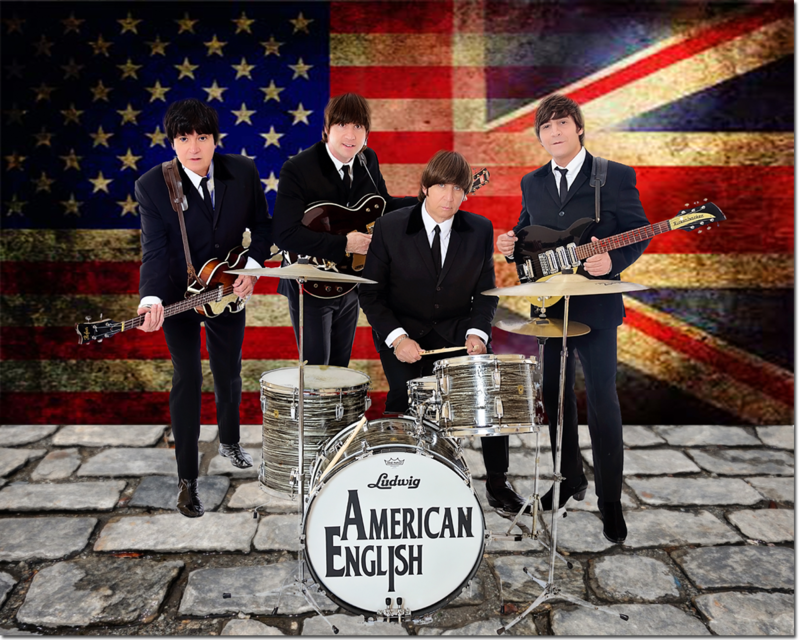 
Once called "The Beatles Incarnate" by the late Sam Leach of Liverpool, original promoter of The Beatles and one of the founders of the Merseybeat movement.

American English is simply the best Beatle tribute story of our time. At the inception of the band, they were voted “number one” by thousands of Beatle fans as winners of sound a like contests at Beatlefest® for three consecutive years. They have also won Illinois Entertainer of the Year and have been voted "Best Tribute Band" three times in four years by their fans in the Chicagoland area. Their demand here and abroad, coupled with their spectacular fan base, has anchored them into a professional setting, and launched them into larger venues and theatres worldwide. Besides performing throughout the Continental US. American English has also performed in Australia, Japan, England, Wales, Canada, Guam, Puerto Rico, Mexico, Germany, Amsterdam, South Korea and the Middle East.