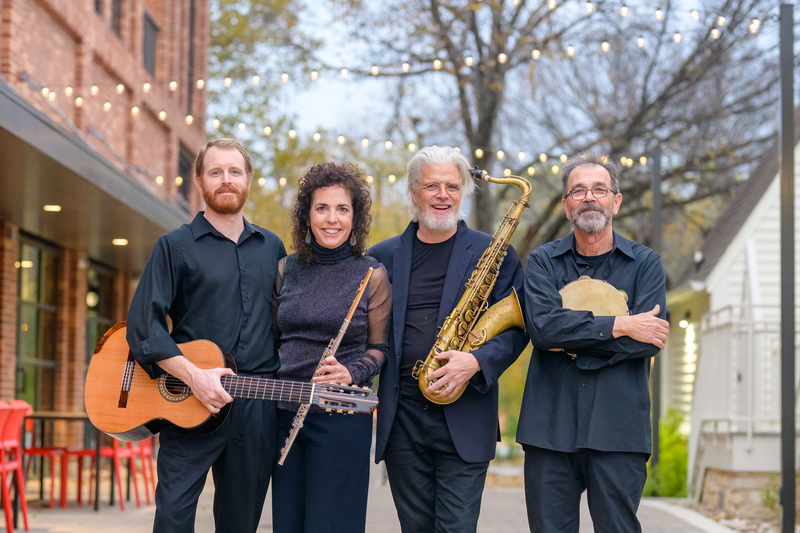 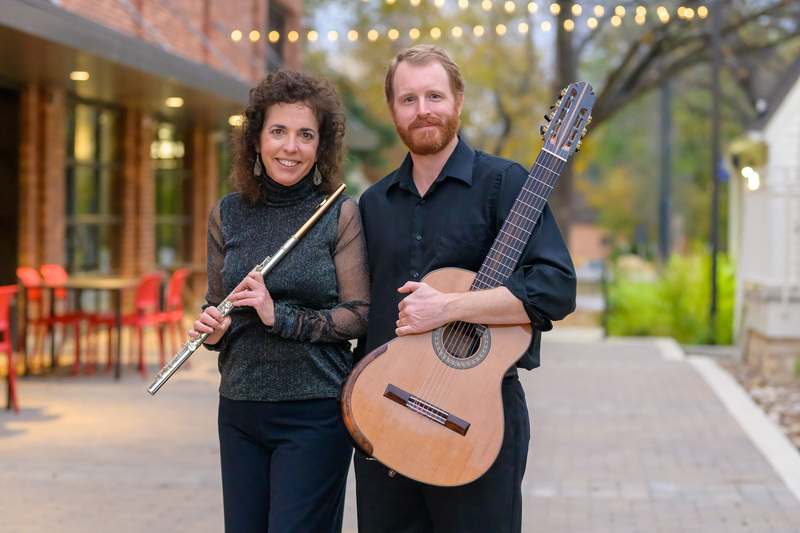 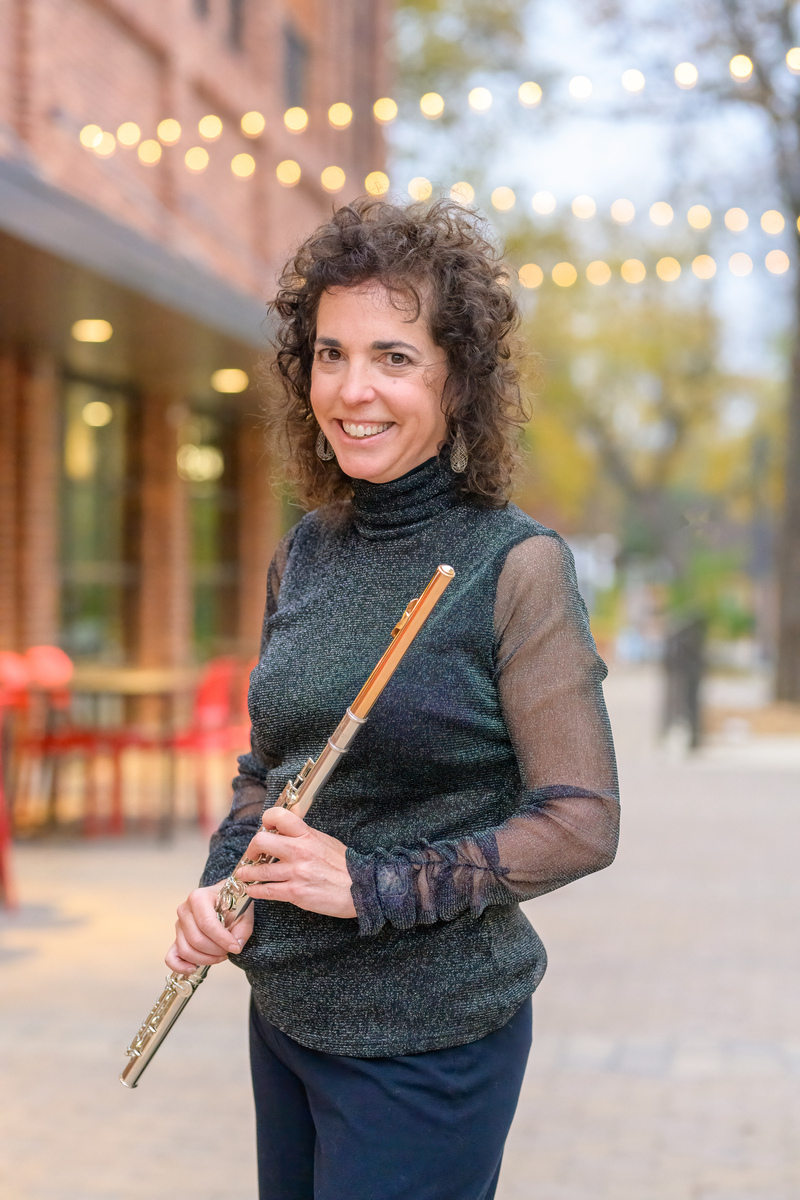 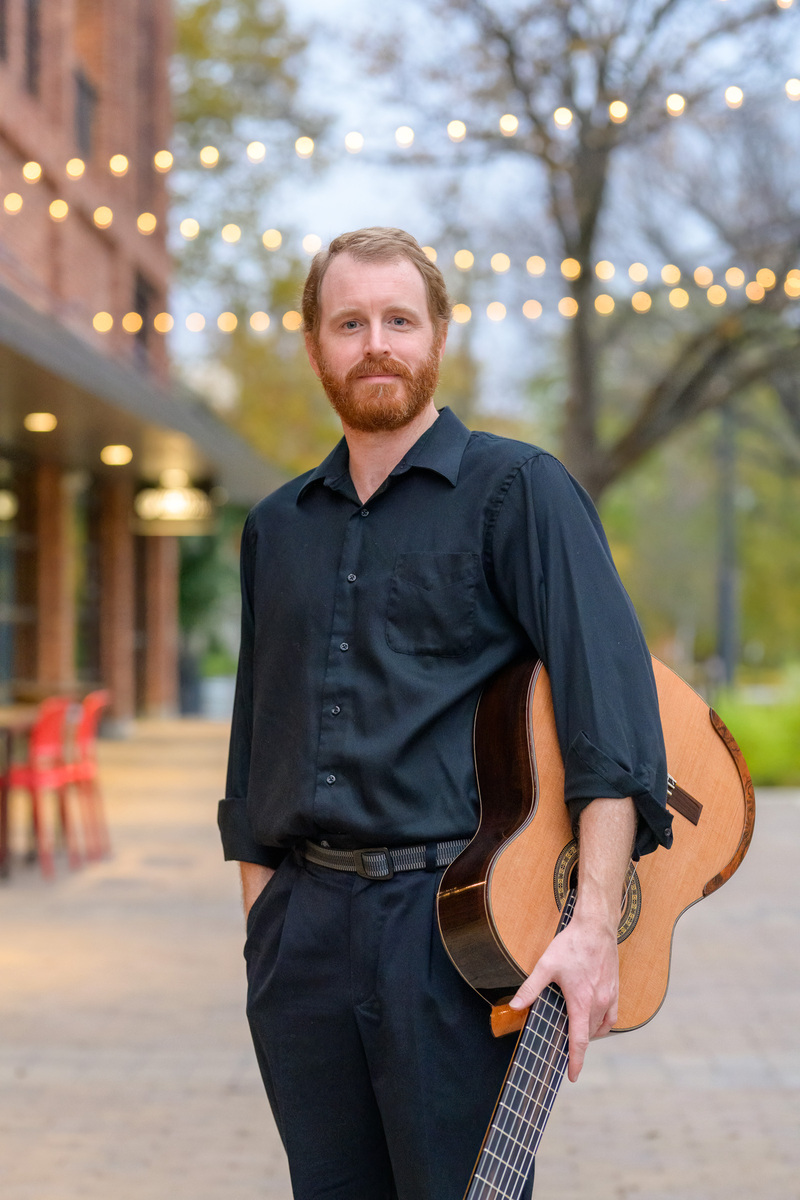 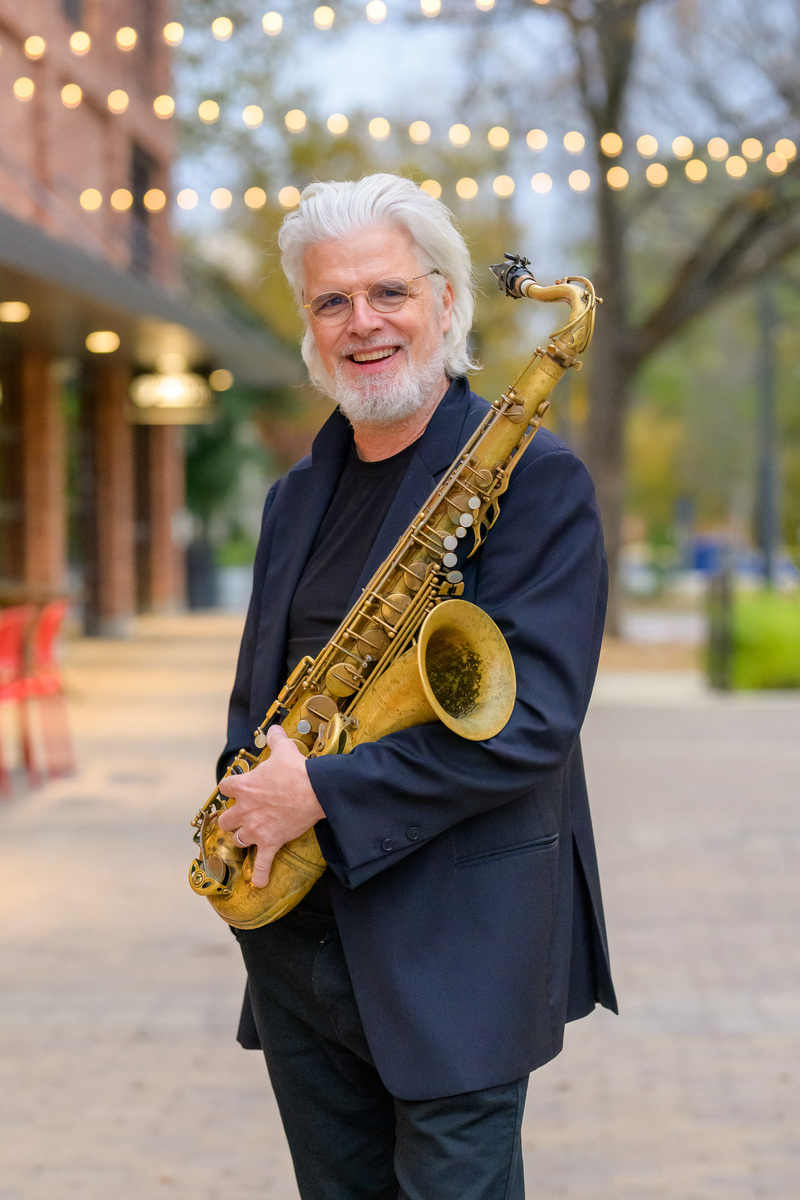 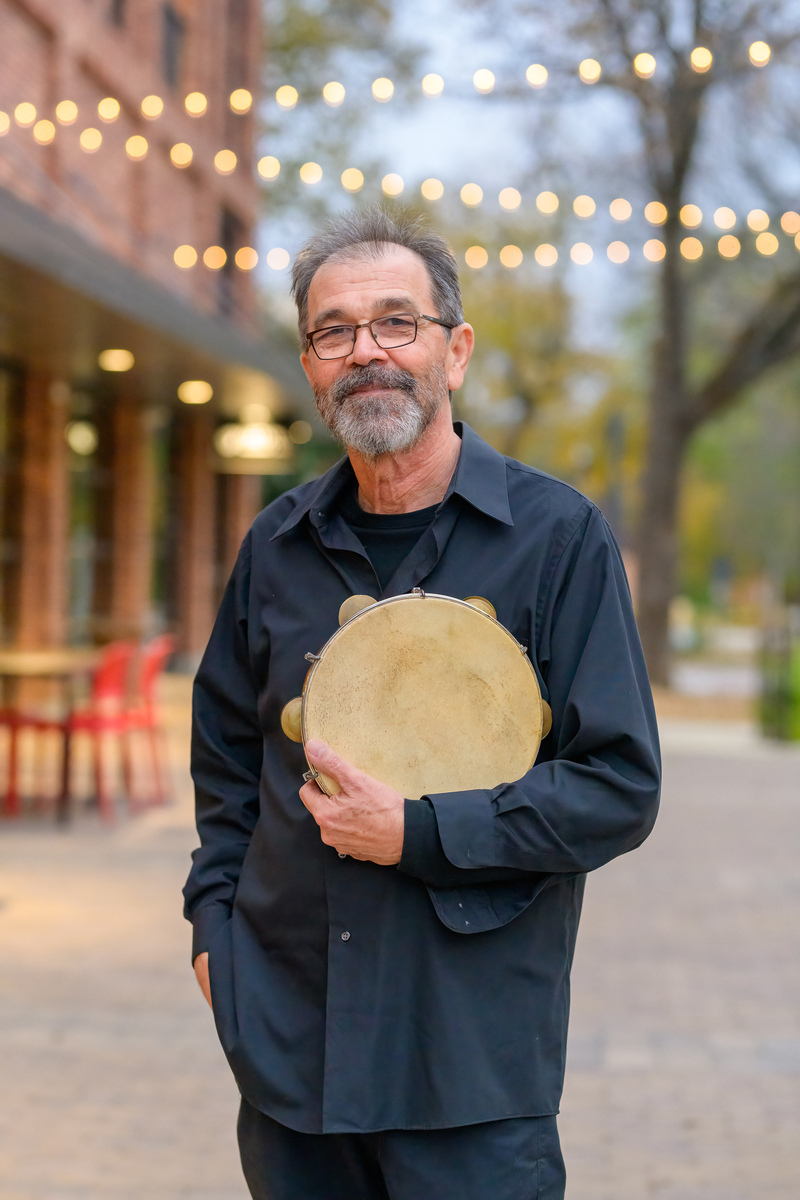 Caros Amigos (“Dear Friends”) started in 2021. The group specializes in performances of Brazilian music – namely “choro” (a cousin of “samba”) – standards by Brazilian mainstays as well as originals by the group and their “caros amigos.”

Each member of this awesome and unique band brings a unique approach to music making which when put together is a brilliant whirlwind of color and technical skill.   Flutist Julie Koidin is one of the few U.S. specialists in Brazilian choro – a musical cousin of samba, and in 2016 hosted the nationally broadcast radio show, “A Joyful Cry: Brazil’s Choro Music” on the WFMT Radio Network for the Summer Olympics.  Multi-instrumentalist/Saxophonist, Scotty McIntosh, originally from Montreal, Canada, is one of the most active musicians in Austin, performing with a wide breadth of musical groups in various styles ranging from jazz to salsa.  Guitarist Adam Carney performs on two rare instruments in the U.S. – the 7-string guitar and the beautiful “harp-guitar.”  Percussionist Sergio Santos is originally from Santos, Brazil and like Scotty and Adam, has been a long-time fixture in Austin’s famous music scene.

The group is available in various formations - from the full quartet (flute, sax, guitar & percussion) to a duo of flute and guitar, or a trio of flute, guitar and percussion.