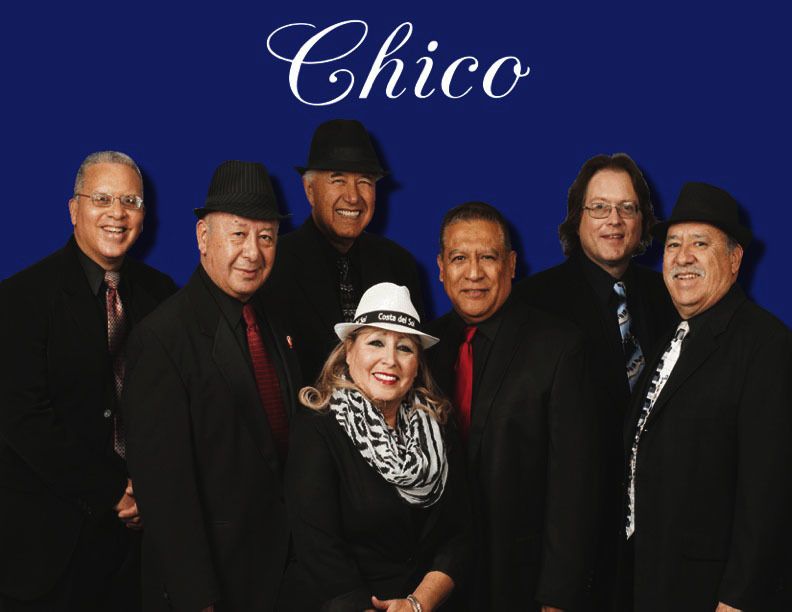 The Chico Band has entertained and performed at many functions for the past thirty five years and captivated diverse audiences throughout the state of California. The success of the band can be attributed to its versatility, exceptional talent and the harmony of it's members.

Chico is an exclusive band that has its own style. The "Chico Repertoire" consists of music from all eras that everyone can dance to and appreciate. Their musical talents make it possible for the Chico Band to masterfully perform music from soft ballads to hard driving rock 'n roll. They specialize in big band music, salsa, cha-cha, merengue, cumbias, Tex Mex, oldies and rock.

Chico has performed at concerts, community events, church and for civic organizations. The band has received recognition for its performances for charitable organizations such as The American Red Cross, The March of Dimes and The City of Long Beach Senior Citizens. In addition, Chico has performed for the Hispanic Women's Council, Loyola Marymount University, USC Alumni Association, Strawberry Festival, L.A. Times Awards Convention, Latin Business Association, The Chicano Music Awards, Cacique Cheese, and the Los Angeles County Hispanics Managers Association. Chico has performed for the after Mariachi Festival Concert dance in Tucson, Arizona. They have also performed with James Olmos and Vicky Carr, and were commissioned to compose and perform the music and soundtrack for the movie "Luminarias".

A veteran group of professional musicians headed by bassist Joe Espinosa, CHICO has been together and entertaining for over 35 years. Along with Adolfo Martinez on saxophone, Bertha Oropeza on vocals & percussion, Danny Diaz on guitar, Gilbert Avila on trumpet & congas, and Bill Keis on keyboards, CHICO easily displayed their outstanding talent & versatility, deftly going thru changes in Disco, Oldies, Cumbias, Salsa, Funk, Tex-Mex, Rock n Roll, and Swing, much to the loud appreciation of the crowd who filled the dance floor till closing time.