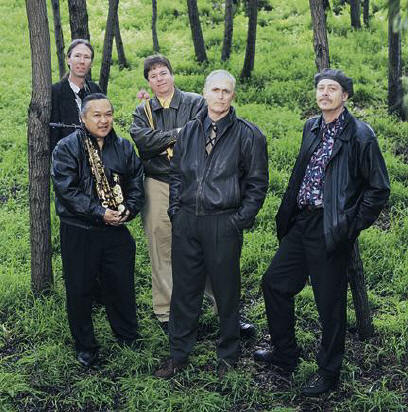 
In the Bay Area we have a legacy of Jazz and Latin fusion that has produced stellar talents like Cal Tjader, Vince Guaraldi and Carlos Santana. In New York City and Los Angeles Latin Jazz music was largely produced by all-Latino casts. It was different here. In the Bay Area, the music advanced by Latino bandleaders such as Carlos Federico, Benny Velarde, and Pete Escovedo was shaped by a diverse group of musicians, both Latino and non-Latino, who helped articulate their sounds. This spirit of innovation has led to many amazing musical mixes over the years and still inspires Jazz cats and kitties like guitarist Lee Waterman.

A former student of the legendary Jazz guitarist Warren Nunes, Lee has a personable style that exudes the warmth of Wes Montgomery. With round pearl-like tones and concise improvisational ideas, he skillfully creates melodic statements that dart in and out of a variety of rhythmic contexts. He also has a way with chords and is a gifted composer and arranger. His obvious affinity for Afro-Cuban and Brazilian rhythms brings a refreshing point of view to his Jazz-based music.

The band features the superb talents of Melecio Magdaluyo on reeds & congas and Tommy Kesecker on vibraphone. Rounding out the combo is a dynamic rhythm section consisting of bassist Michael Wilcox, drummer Phil Thompson and percussionist Steve Robertson.

From samba to mambo, bossa to bolero, and bebop to Lee's original compositions, Jazz Caliente percolates with West Coast cool. Full of Bay Area sunshine, there's a spirit of unity among diverse cultures on this album, with Jazz as its common musical language.