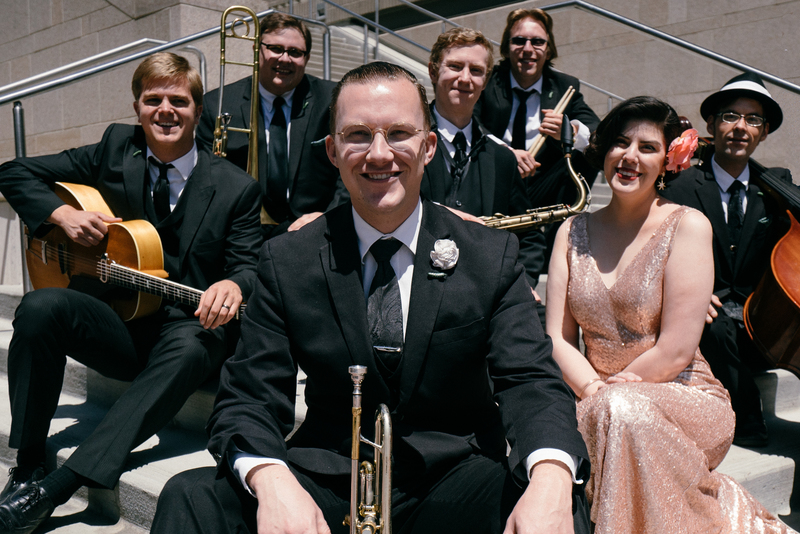 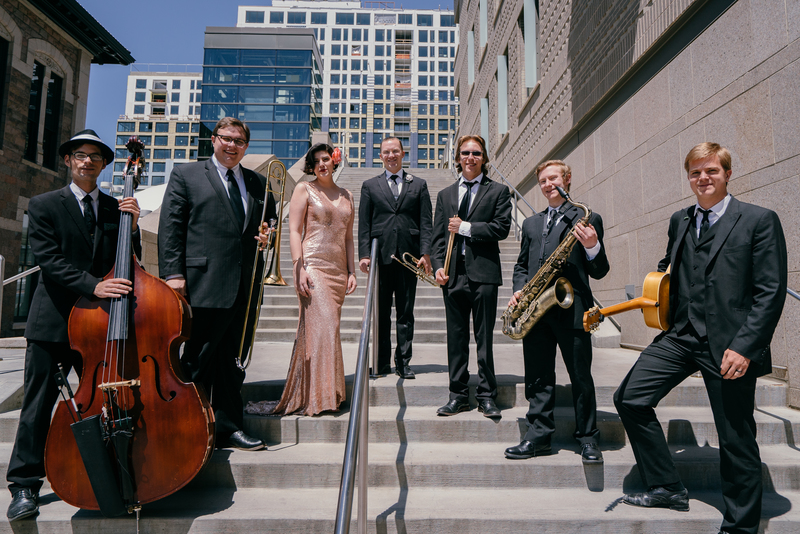 Joe Smith and The Spicy Pickles


Joe Smith and the Spicy Pickles Jazz Band is a Denver-based vintage jazz band dedicated to revitalizing swing music and dance. This small group style swing band packs a punch of power, personality, and wit into each show, intriguing generations new and old with the beloved charm of big band swing from the late 30’s and early 40’s. The Pickles bring it all – high energy, quality musicianship, and an authentic big band sound and look that celebrate the unique American spirit of swing. The band fuses musical influences from the sounds of Count Basie, Benny Goodman, and Artie Shaw with the showmanship of Louis Armstrong, Lucky Millinder, and Jimmy Lunceford. With a smart respect for the preservation of vintage jazz music and entertainment, the Pickles are constantly adding new and original tunes to their repertoire. They bring a unique visual flair to each performance with gimmicks, tricks, horn movements, and hat work inspired to captivate audiences all night long.

Trumpet player and vocalist, Joe Smith, started the band in January of 2013 to give dancers live music to swing out to. Since the bands’ inception, the Pickles have held a special place in their heart for the swing dance community. The band travels from coast to coast to play their spicy tunes at events and venues of all sizes, and inspire people to fall in love with jazz over and over again. The group is notorious for their spot on arrangements and electrifying energy. The band is known to regularly keep dancers on their feet truckin’ until 4 in the morning.

The Pickles pride themselves on being the most professional swing band in the business. They are easygoing, flexible, and open to collaborating with other musicians and entertainers. Members of the band have taught master classes at the University of Iowa and the University of Colorado Denver. All of the members of the band are devoted to their craft, which ranges from playing, composing, and producing music, to teaching students, and planning swing dance events.

When in Iowa, the band recorded their self-titled debut album in 2013. Since the Pickles moved to Denver they have recorded 2 EP’s: “Extra Spicy” in 2013, and “Rocky Mountain High” in 2014. Following the success of their EP's, the band won first place in Seattle’s Jazz Dance Film Festival with “Movin’ Groovy” featuring original music by the band. In July of 2015 the band released “High-Fidelity,” a full-length album featuring all original music written by the band. "Blues A Mile High," an album of all blues music was released by the Spicy Pickles in October of 2016. Their third studio album "Gin & Moonlight", was released in September of 2017.

Their original music has been used in commercials internationally, including Leo Vegas (Sweden) and Visit Seattle (USA), and they have recently had music placed in major motion picture The Killing of a Sacred Deer, directed by Yorgos Lanthimos, which won best screenplay at Cannes Film Festival 2017.