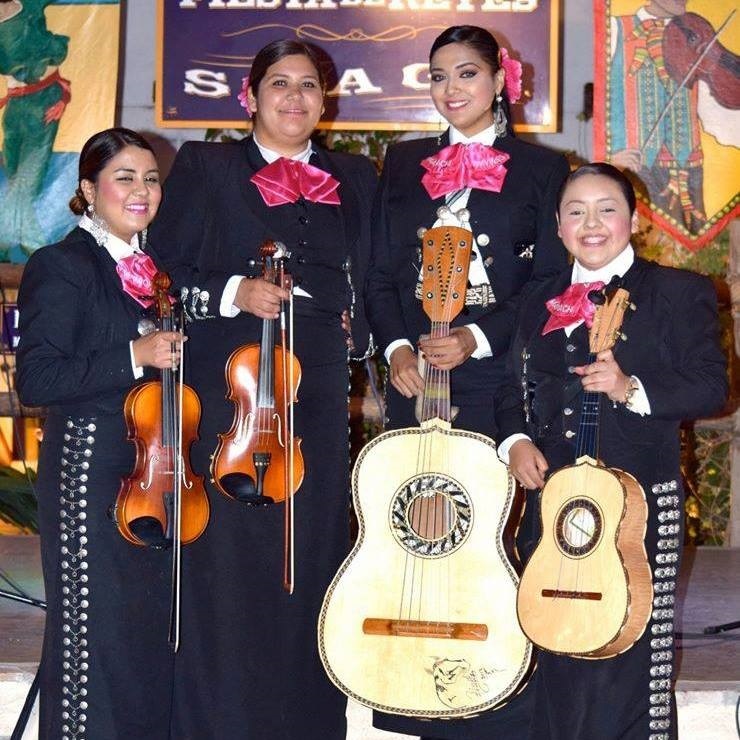 Mariachi Divinas was formed on June, 2012 by Dulce Victoria Perez in San Diego’s south bay area. In her sophomore year at Southwestern College, Dulce’s fellow classmates and professors saw the talent she had in her singing and as a mariachi musician. Joey Molina, leader of the SWC choir, offered her an audition with Bill Virchis, one of the most influential performing arts director of both the Sweetwater Union District and Southwestern College. Bill and Joey suggested to Dulce to create an all-female mariachi for San Diego.

Female mariachis had been prevalent in the Los Angeles area, but none had touched San Diego yet. Dulce saw the need of females in mariachi and called fellow friends of the mariachi community to accompany her in her journey. Bill then offered her a job to play every week at Fiesta de Reyes restaurant at the historic Old Town. Mariachi Divinas now had a place to grow and to get recognized as the only all-female mariachi in San Diego. She knew that a female mariachi in San Diego would be a success and she was right. Audiences were captivated by women dominating what everyone thought only men could do.

Their charisma, vocal talent, and dedication has gotten Mariachi Divinas to stages such as Del Mar Fair, CW News San Diego, KUSI News San Diego, and now the historic Colorado Belle Resort and Casino. Mariachi Divinas is astonished to perform in Arizona and hopes to one day travel all around the U.S. with the beautiful Mexican music and keep the tradition alive. ¡Que Viva El Mariachi Y Que Vivan Las Mujeres!