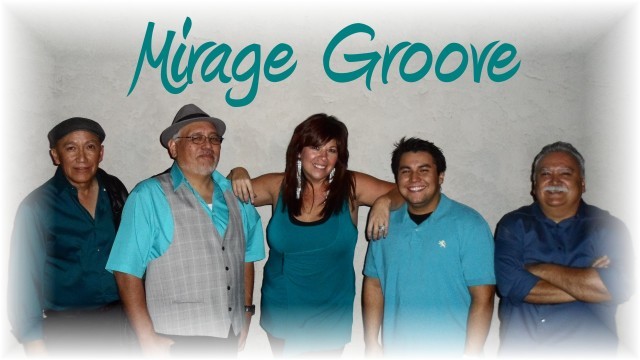 Variey/Dance band consisting of 5 members with a female front lead. Plays a variety of music to suite every event! Very professional band that has been together for 4 years! We take you back in time to where all the great music was created, and then back to the present with new and exciting music!

Mirage Groove has grown quickly into a formidable playing band. The band continues to ride an unending wave of momentum supported by an enthusiastic fan base and citywide critical acclaim. Fans of Mirage Groove (or MG, as the fans like to call them) are known to follow the band from city to city, weekend to weekend, to experience their euphoric live show that features an ever changing set-list. Mirage Groove's music has evolved into a genre-bending sound that touches upon jazz-rock, R&B, funk, classic rock, country, top 40 and latin. Their large catalog of music offers something for everyone! The addition of an intense chemistry and occasional stage anticts creates an atmosphere unlike any other, assuring fans they'll get a highly polished, yet different show each night. No hidden musicians or “midis” in this band. Mirage Groove is all the way LIVE! If you are ready for a party, then Mirage Groove is the band you want headlining your next event!