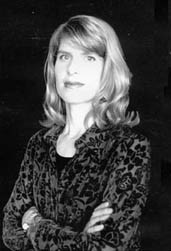 
Pianist Nelda Swiggett is an active performer and composer on the Pacific Northwest music scene. Whether swinging hard with her jazz quartet, grooving to salsa and Afro-Cuban rhythms at the Latin club, or laying down soulful gospel riffs at her local church, you can count on Nelda's strong musicality and creative rhythmic sense. She has performed with her band at many of Seattle's leading clubs, concerts and festivals, including Dimitrious's Jazz Alley, Bumbershoot, and a KPLU Summer Jazz Cruise, among others.

Nelda has released two CD recordings as a band leader — Hands On featuring the Nelda Swiggett Quartet, and No Time for Daydreams with her former band, the Room to Move Sextet. Both have received extensive airplay on KPLU-FM 88.5 as well as national and international airplay. She has also arranged several of her original compositions for jazz combo and big band, for which she was awarded an Artist Trust Fellowship from the Washington State Arts Commission and the National Endowment for the Arts.

Nelda grew up near Seattle, Washington, and at age seven, began her formal musical training with a year of accordian lessons from her older sister. Finally, at eight, she began to study what would become her true love, the piano. Years of classical piano lessons ensued, with the addition of flute in 6th grade concert band.

Nelda entered the University of Washington as a classical piano performance major and a serious downhill ski racer – an unlikely combination that ended abruptly with a major ski accident and two months of traction in a hospital bed at Harborview. Piano was out of the question, but her flute helped wile away the hours. One day, an internist on his rounds picked up her flute and began to improvise. He brought in recordings of jazz rhythm sections that he could play along with, and her hospital room became a jazz venue for passing doctors, nurses and patients. Soon Nelda was learning to improvise herself.

In 1990, Nelda formed the Room to Move Sextet, with a three-horn front line featuring trumpet, tenor sax, and her new husband, Clif Swiggett, on trombone. The band's CD recording of original compositions, No Time for Daydreams, received extensive airplay on Seattle's jazz stations as well as national and international airplay. In 1998, her talent for composition was recognized by an Artist Trust Fellowship from the Washington State Arts Commission and the National Endowment for the Arts. Her second release as a leader followed – Nelda Swiggett | Hands On. In 2000, Nelda became intrigued by the rich instrumentation of the big band orchestra, and has since arranged several of her original compositions for the Seattle Women's Jazz Orchestra.

In addition to leading her own band, Nelda has performed with many of Seattle's popular bands and artists, including Arturo Rodriguez, Kelley Johnson and Jim Knapp. In 2001, she joined one of the Northwest's top salsa bands, Cambalache, and immersed herself in the rhythms of salsa, Afro-Cuban, and Peruvian music. As self-anointed “montuno queen,” Nelda toured extensively throughout the Pacific Northwest and Alaska.

Beyond her creative work, Nelda enjoys sharing the love of music and life with her two young sons, Dylan and Jack, and her private students, to whom she imparts as best she can the secrets and joys of making music.