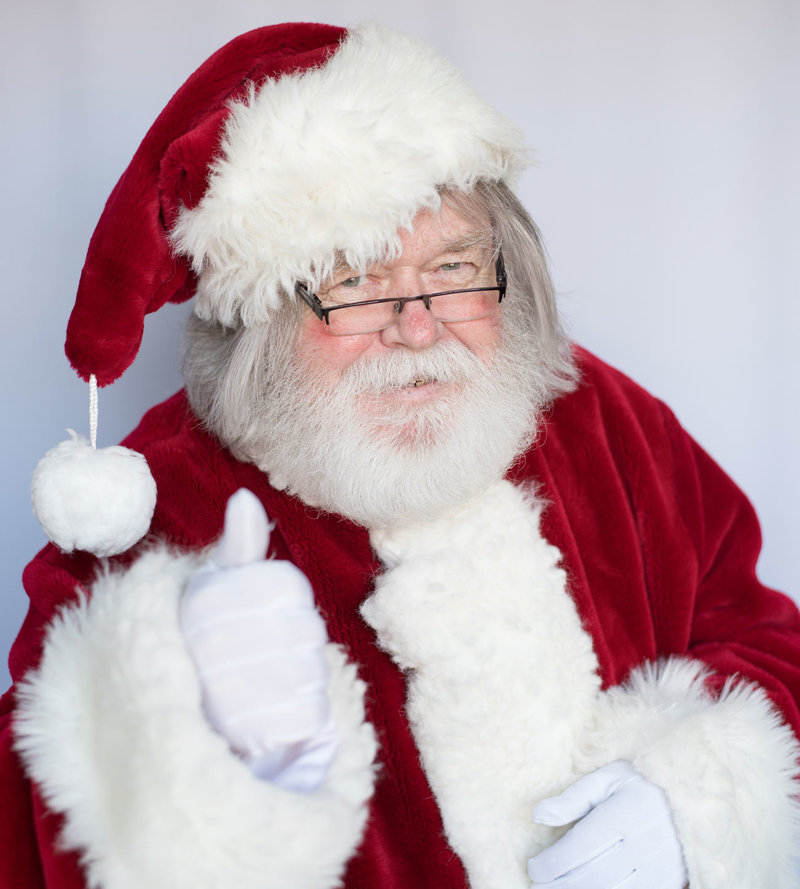 This is the most authentic Santa you have ever met. Starting every early November, as media and stores and advertising start to herald the excitment of the holidays and raise awareness among youngsters, the real man inside this character must cover most of his face with a scarf and pull a deep hood over his head, even on balmy, sunny days because he cannot walk one block without a child shouting something like, "Mom, look. There's Santa crossing the street but he doesn't have his red suit on."

He can't linger in a coffeee shop or wander the aisles of his local supermarket, unless he is covered up or he will be innundated with kids and parents. .

But when he puts on that plush, richly red and white suit, with the traditional hat, boots, white gloves and gold-rimmed specs - and swings his big brass bell - it's SHOW TIME. He has performed on the Broadway stage and made hoilday vioeos for almost every major TV and Cable company, plus hilarious imrovisational videos with Mariah Carey and half-hours shows on NBC-TV's Sprout Channel's "Sunyside Up with Chica."

The magic of Christmas