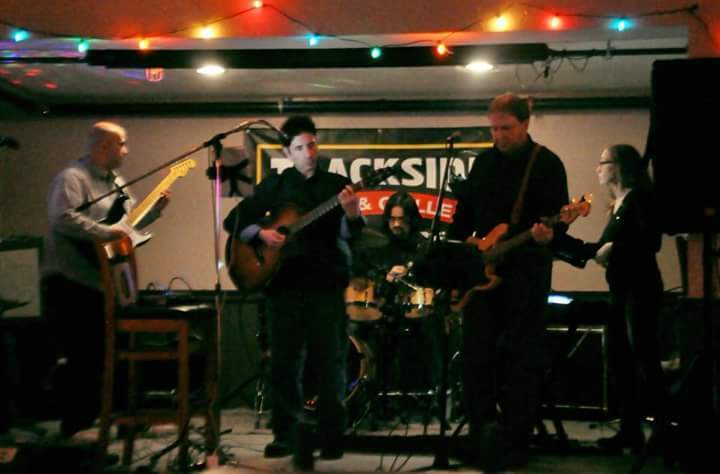 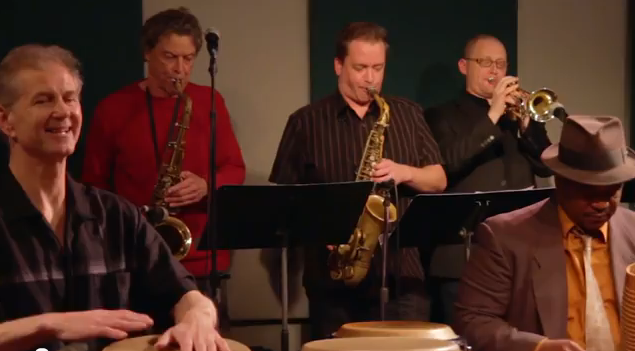 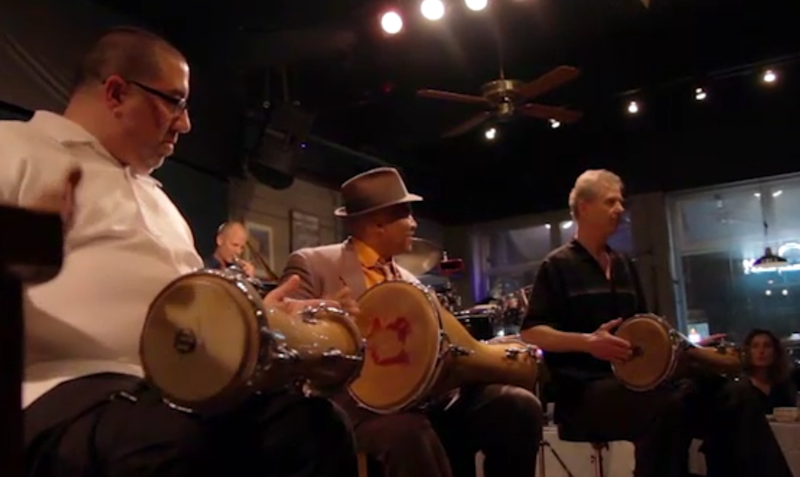 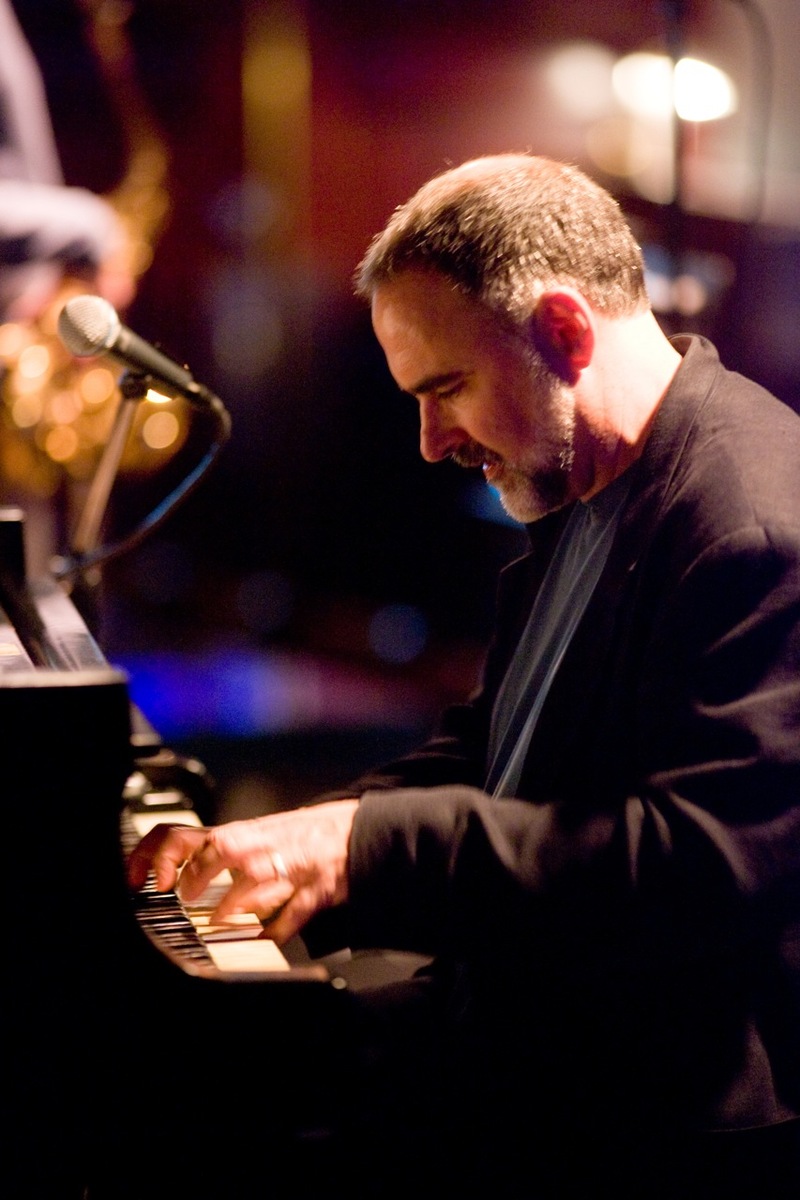 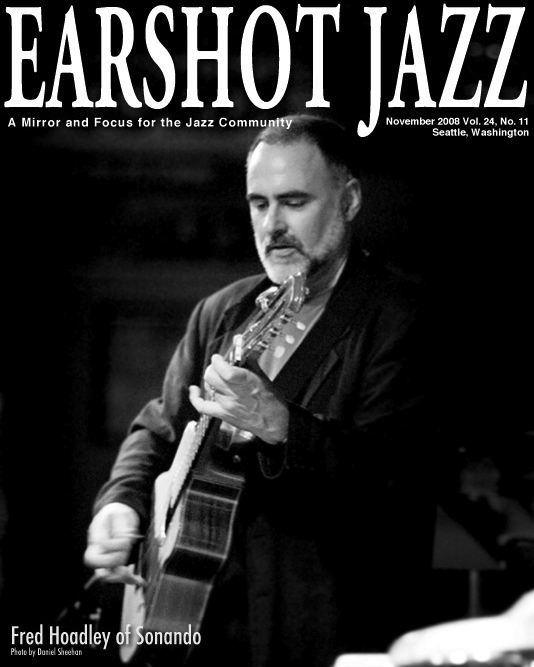 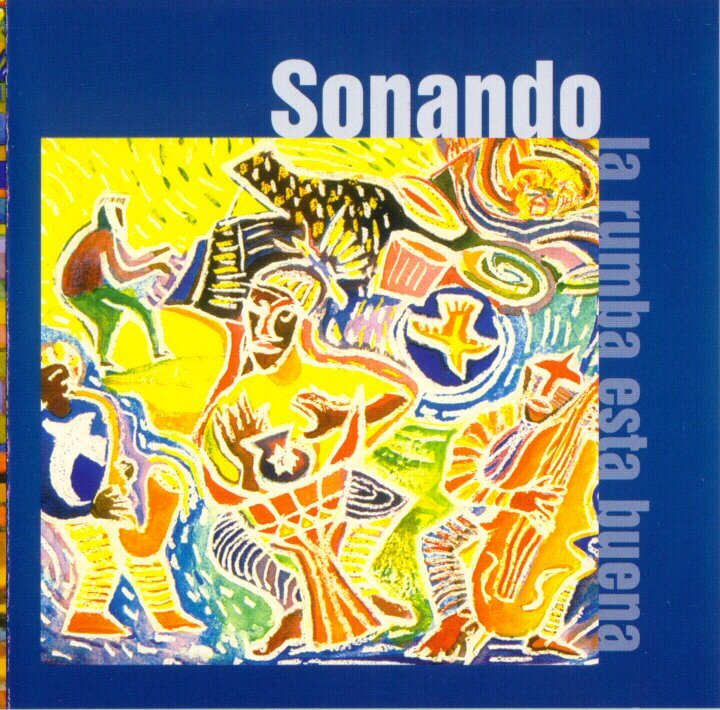 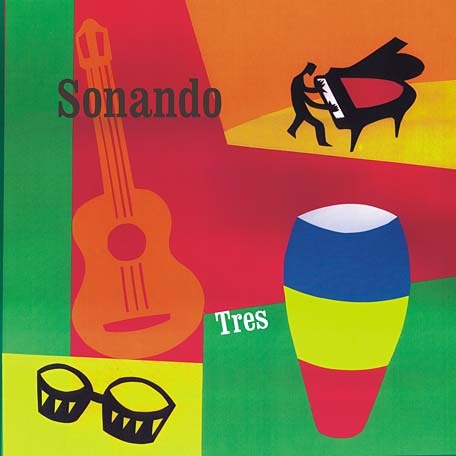 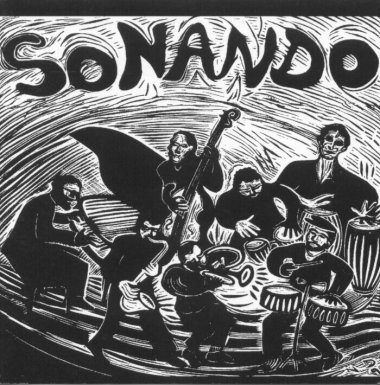 
Sonando was founded in 1990 by Fred Hoadley and Lary Barilleau to explore new directions in the blending of Afro-Cuban rhythms and Jazz. For over a decade, Sonando has performed original Latin Jazz at festivals, clubs & concerts throughout the Northwest. Our first two recordings, Sonando (1995) & La Rumba Esta Buena (1998), received airplay and critical acclaim throughout the country. Our third, Sonando Tres, was released May 16, 2006 on the Origin Arts label, and is currently being aired around the country.

Sonando's repertoire includes traditional & modern interpretations of Afro-Cuban styles such as Son, Changui, Bata & Rumba, as well as our signature Latin Jazz. We perform on folkloric instruments such as bata, marimbula, tres, congas, & shekere, as well as modern jazz instruments including flute, sax, trombone, piano, bass, & drumset. Our current lineup includes some of Seattle's most experienced musicians, including:

Originally from New England, Fred studied music at Hampshire College and Berklee College of Music, where his teachers included Jaki Byard, Vishnu Wood, and Charlie Banacos. He founded the Seattle salsa band Bochinche in 1983, which reigned as The Northwest's favorite Salsa band throughout the 1980's, and produced the band’s first album in 1985. After Bochinche, Fred toured nationally with the West African band, Kukrudu, and founded the Seattle based Afro-Cuban jazz band, Sonando, whose 1994, 1998 & 2006 releases received critical acclaim throughout the country. Sonando received The Earshot Golden Ear Award for Best Acoustic Jazz Band of 2007, and was featured in a cover story in the November 2008 issue of Earshot Jazz Magazine.

Fred has performed with a long list of Northwest Latin Bands including Expresión Latina, Yerbabuena, The Puentes Brothers, and Grupo Son. In 1990, he was commissioned by The City Cantabile Choir to write a suite for choir and Latin Jazz Ensemble. He has received grants and awards from The Seattle Arts Commission for educational programs and composition in 1996, and 1998. His love of latin music brought him to Cuba in 1983, 1990, 1993, and 1996, where he studied piano and arranging with Cesar Pedroso and Nelson Diaz, and Cuban tres guitar with Antonio Perez and Guillermo “Boulet” Matalear. He currently plays piano and tres in Sonando, Cambalache, Charanga Danzón, The Susan Carr Ensemble, and Wesito & Friends. He also teaches piano, tres and Afro-Cuban jazz ensemble at Musicworks Northwest and Music Center .

Pianist Fred Hoadley's Afro-Cuban band, Sonando, which plays the Lock 'n' Keel, has a new release, too, called "Tres,"
after the six-string Cuban stringed instrument, which Hoadley plays on the album. I love his stately arrangement of the tune "Delilah."
Sonando is a vastly underappreciated Seattle band with a mature style and comprehensive knowledge of Cuban music.

Pithecanthropus Erectus
Sonando - Meditations on Integration
The I of Hurricane Sue