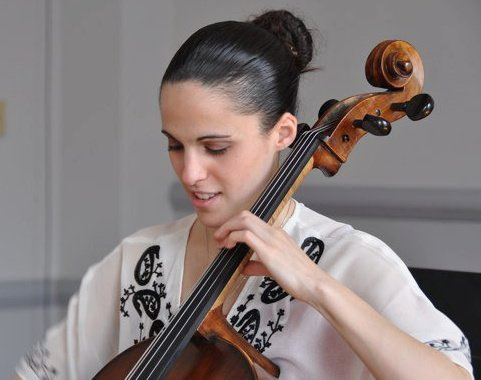 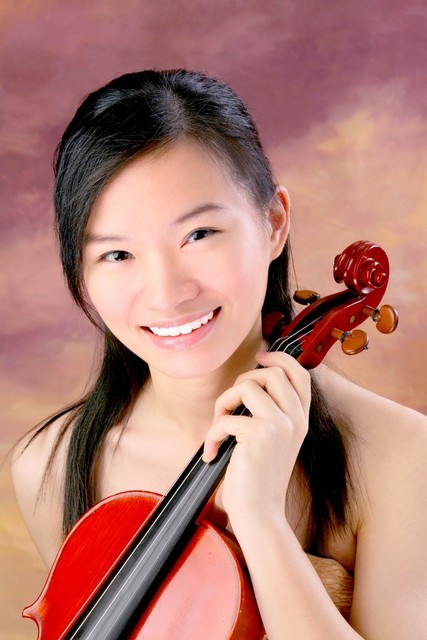 Ms. Lee is an avid chamber and orchestra musician. She has performed with many of Taipei's orchestras and participated in numerous contemporary music premieres and recordings with many young composers. She is the former principal violist of the National Taiwa Normal University New Music Orchestra (2008-2011) and National Taiwa Normal University Symphony Orchestra (2010-2011). Currently, she is a performing member of Yin Chi Symphony Orchestra and the principal violist of Taipei Chamber Philharmonic.

Beyond music, Yu-Chieh Lee is also active in other related fields. She won the best actress award of the English Theater Competition in high school and the most creative prize for the 1st Free Land Photography Competition. She is involved in a blog, “Notes of the Wayfarers,” which won the 1st prize of the Global Chinese Arts Blog Competition in 2011. In addition, she is the former administrative director of National Taiwan Normal University Symphony Orchestra and currently serving as the theatric director of the Taiwan Viola Chamber Orchestra.

Brittany Ryan Dagro, Cello
Brittany Dagro is on the Adjunct Cello Faculty at NYU. She received her Bachelor of Music degree in Cello Performance from the Manhattan School of Music and her Master of Music degree from New York University – The Steinhardt School, where she studied with her mentor, Marion Feldman. She was recently accepted into the Post Baccalaureate Advanced Certification Program for Music Education at Queens College. Brittany started her musical training at the age of eight on Long Island, New York. Ms. Dagro started giving solo performances located on Long Island at 12 years old. Additional studies were with David Geber, Maureen Hynes, and Carol Purdy.

Ms. Dagro has been and continues to be an avid orchestral and chamber musician. Brittany made her solo debut at the Weill Recital Hall at Carnegie Hall as a winner of the ATML Young Musicians Concert Competition in May 2013. She is the former Principal Cellist of the New York Youth Symphony, under Ryan McAdams during the 2009-2010 season at Carnegie Hall. She has also held Principal positions in the Long Island Youth Symphony in 2004-05 and the Long Island Gemini Orchestra for the 2003-04 season. Ms. Dagro has played at Carnegie Hall thirteen times in her past fifteen years of experience, eleven of which were with the New York Youth Symphony, starting in 2006 under Paul Haas. She was principal cellist of the NYU String Orchestra that performed with the iconic band, The Eagles, at NYU Steinhardt's First Annual Gala in November 2013.