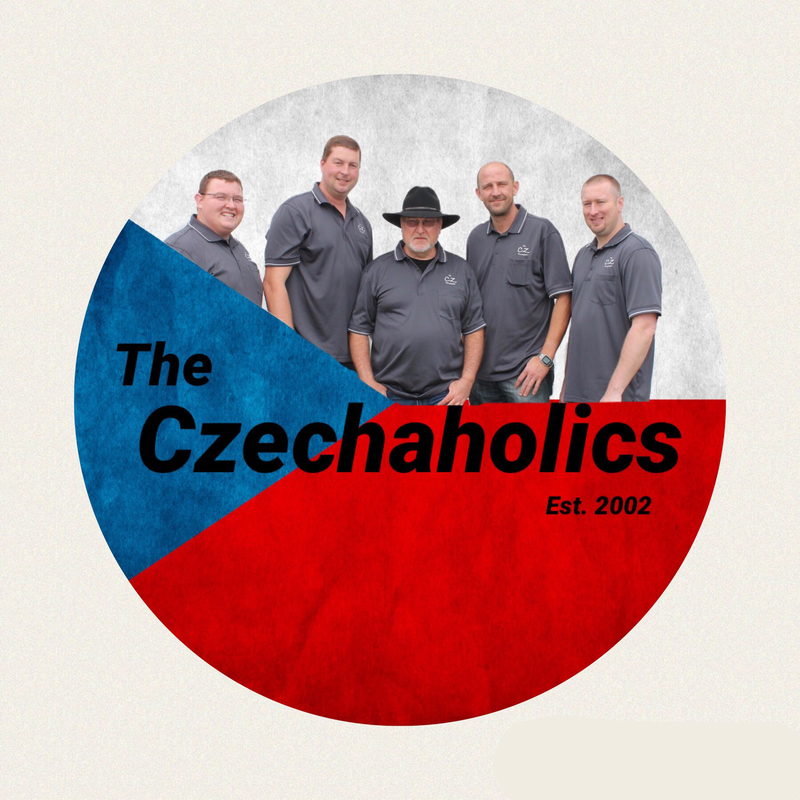 When you're looking for a Czech Polka band in the South Central Texas area, one name stands out above the rest. “The Czechaholics”!!!! Their reputation for excellence, professionalism and pure entertainment make them the number one choice in bands. The Czechaholics have entertained hundreds of thousands of people in the state of Texas, since their debut. "The Czechaholics" was formed in November of 2002. They began with five musicians, minimal equipment and small crowds. As of today, The Czechaholics still have five highly talented musicians, and are now one of the top drawing Czech Polka bands in all venues they play.

The Czechaholics recorded their debut album, (Spreadin’ The Tradition) in January 2006. "Spreadin’ the Tradition" include favorites, such as, Lover’s Kiss Waltz, Corn Cockle Polka,      & Memories of Cameron Waltz.

Their Third album (Beyond the Shadows), released April 2009 include,  Green Meadow Waltz, Champagne Polka, and

Their 5th album (A Cause for Celebration), released November 2014 won the 2015 Polka America Corporation award for album of the year. Songs include, Tinker Polka, Beautiful America Waltz, & My Angel Polka.

Their 6th & Most recent album (Certified P.O.L.K.A.), released November, 2017 include 2 Brand new songs written by Daniel Klapuch; P.O.L.K.A. & Price I’ve Got To Play. Along with these are some traditional favorites, such as, Red Wine Polka & Red and White Waltz.

Having been influenced by other leading Czech polka bands, such as The Red Ravens, Dujka Brothers, Lee Roy Matocha, and The Vrazels’ Polka Band, The Czechaholics have formed their own unique, more contemporary, style of music to spark interest in the imaginative youth as well as to gratify the traditional sound for the elder generations. So, if you’re planning a Church Picnic, a Polka Festival, Wedding, Family Reunion, or just a dance on a Saturday night…… The Czechaholics are the band that will gladly entertain you for many years to come.