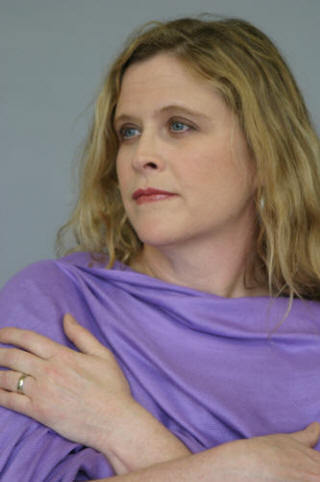 Katy Bourne has spent a lot of her life on stage-she competed in horse shows and speech tournaments as a kid growing up in Oklahoma, played saxophone in the high school marching band and co-founded an improvisational theater group that ultimately brought her to Seattle. But the day she sang her first jazz tune, she knew she'd hit her mark."I listened to jazz for years, but it was singing jazz that threw me over the moon. Although the standards were written decades ago, the feel of the songs still resonates deeply today. When a tune is really cooking, there is a synergy between the players that is euphoric and profound. If I can be part of even one second of that, then that's as close to God as it gets for me."The dawn of the millennium found Katy singing blues with Seattle bands The Bad Companions, Casalini 's Mob and The Usual Suspects, but studying with Seattle jazz vocalist, Greta Matassa, opened her up to giving jazz a shot. Now there's no going back. Katy, a good-humored poet, writer and mom of three, has appeared at Seattle nightspots like Serafina, Tula's and Tutta Bella. She has performed with some of Seattle's finest musicians including Michael Gotz, Farko Dosumov, Darin Clendenin, Geoffrey Harper, Clipper Anderson, Mark Ivester, Steve Korn, Frank Clayton and Ron Weinstein. Her musical influences run the spectrum and include Sarah Vaughan, John Coltrane, Miles Davis, Joni Mitchell and Todd Rundgren to name a few.