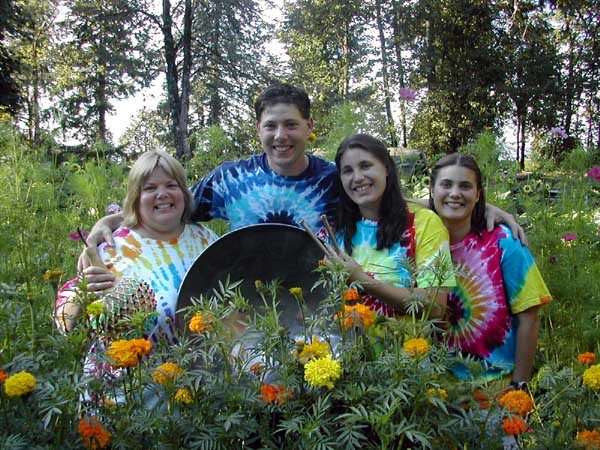 Rhythmical Steel Drum Band from La Center, Washington is also known as the Martin Family. Each member of the band is a family member. The Martin Children starting as young as age 4 started playing the piano. Rhythmical Steel received its start from Ellie Mannette, who has been a family friend since "1984". He was originally from the Island of Trinidad, located in the Caribbean. He is known as the inventor of the modern day steel drum instruments.

Rhythmical Steel has been playing together as a musical group since "1985"! Over the years, Rhythmical Steel has performed at many family oriented festivals, county fairs, weddings, and school assemblies all throughout the beautiful Northwest! Some of those performances include such events as the Portland Rose Festival, The Starlight Parade, and Cinco de Mayo at Waterfront Park. They have also performed with the Oregon Symphony at the Arlene Schnitzer Concert Hall, Portland Rose Festival Queen's Coronation, the Oregon Graduate Institute Of Science and Technology, George Fox University, Intel Corporation, Propeller Club Port of the Columbia River, and recently Spirit Mountain Casino to name a few!

The Family band members are, the Double Seconds Player, and Mom: Sharon Martin, the Bass Player: Christopher Martin, the Lead Player: Sadie Martin Shapovalov, and the youngest, who is our Triple Guitar Player: Josie Martin Hubler.

Rhythmical Steel Drum Band has the size and sound to fit your up coming event! They have the Full Sized Steel Band, A Trio Steel Drum Group, and Steel Drum Duo.