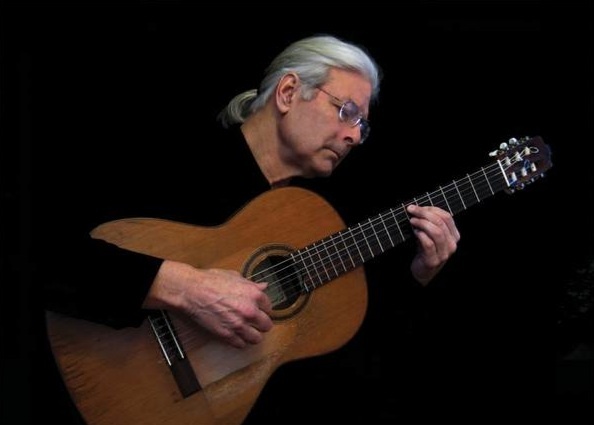 I have extensive experience playing for TV, radio, concerts, weddings, parties, hotels, restaurants, quinceañeras, proposals, and a variety of events.

In March 2012 my guitar reached millions of people via Univision and Fox on the Latin show "Q'Viva: The Chosen", starring Jennifer Lopez and Marc Anthony, with 11 of my pieces used in profiles of talent show contestants from different Latin American countries.

In December 2011 my album Christmas Guitar was the top download to radio stations in the world for three days from Airplay Direct, the top source for radio music globally.

Here are some reviews of my performances:

Jeff was a pleasure to work with throughout the planning process. He showed up on time, dressed appropriately, and showcased his talents by playing beautifully during the cocktail hour. He is a professional artist and his price is very reasonable. I would recommend Jeff to anyone looking for live entertainment for their events.- YT F.

Jeff was a true gentleman in everyway possible. After talking to a few other musicians, it was apparent that Jeff's work was part of his heart and that he took his job very seriously. Communication was great from day one and he made the proccess very easy. There should be ratings higher than 5 for him. thanks Jeff, it was a treat to listen to you and meet you. Y -- Yuri R, Montecito, CA, 10/10/2009

Thank you Jeff! This was a surprise for my wife and she loved it. Jeff's guitar skills are excellent. He was easy to talk to, friendly with my guests, and overall a great person to work with. His music created a great atmosphere. I would highly recommend his services to anyone looking for some Flamenco guitar. He was professional, timely, and very reasonably priced. All in all a great experience. -- Jason S, Long Beach, CA,

Jeff was fantastic, talented, professional, and easy to work with. I contacted hime to perform at my Mom's 60th birthday party. He arrived early, set up quickly, and began to play. Everyone enjoyed the party tremendously with much of the credit going to the music he provided. Thanks Jeff! -- Eric A, Hacienda Heights, CA, 8/15/2009

He played guitar in the critically acclaimed musical Twist of Fate at the Tiffany Theatre in Los Angeles, winner of 5 awards from the LA Drama Critics Circle and the LA Weekly, including Best Musical of 1995, and composed and performed music for The Bullfight, a play by Venezuelan writer Rodolfo Santana at the Stages Theatre Center in Hollywood in 2000.